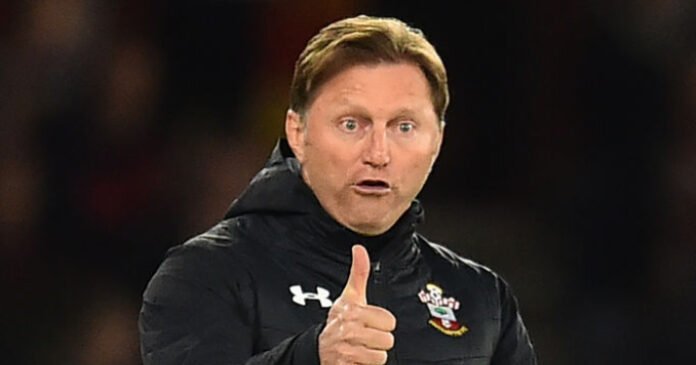 Southampton welcome Aston Villa to St Mary’s this afternoon in the Premier League, with both sides looking to steer themselves away from the relegation zone.
The Saints lost their last game to Burnley in bizarre circumstances, while Villa suffered a last-minute defeat to Tottenham Hotspur on Sunday.
Southampton have enjoyed an impressive revival in recent weeks under Ralph Hassenhuttl, but are still not totally guaranteed of safety at this stage.
Consecutive losses mean they are just seven points clear of 18th-placed West Ham United, while they have won just once in their last four league fixtures.
They have also picked up just 11 points at St Mary’s all season, winning three times – a statistic they will be hoping to improve on this Saturday.
Southampton have also conceded more goals at home than any other side in the division, with 30 goals scored against them at St Mary’s in 13 matches.
However, their away form has been outstanding, with one of their six wins on the road coming against Aston Villa just before Christmas.
Dean Smith will have been livid after watching his side concede three sloppy goals in their loss to Spurs at Villa Park on Sunday.
A Bjorn Engels error allowed Heung-Min Son to seal the win, but Villa also showed some good attacking play and still scored twice against one of the league’s best sides.
Tyrone Mings will return to the starting lineup ahead of Saturday’s meeting which should help bring more security at the back, but the absence of Wesley and John McGinn has been hurting their attacking play.
Villa have picked up just eight points on the road all season, managing two wins and conceding 26 goals.