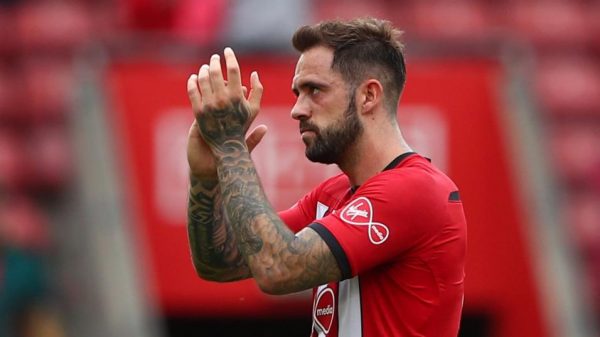 Southampton and Leicester City will both be looking to make their way up the Premier League table when they meet at St Mary’s this afternoon.
Southampton battled to a 0-0 draw at home to last season’s surprise package Burnley in their opening match of the new season before being beaten narrowly at Everton last Saturday.
Danny Ings made his first appearance for the Saints after signing on loan from Liverpool on deadline day, scoring his first goal for the club in the 2-1 loss at Goodison Park. The forward will be buoyed from a positive start and will be looking to add to his tally at the weekend.
Leicester put in a spirited display in their first game of the season when they lost 2-1 at Manchester United. The Foxes took heart from their narrow defeat and saw off newly-promoted Wolves at the King Power Stadium last time out.
The Foxes will be without star striker Jamie Vardy as he begins a three-match ban following a straight red card for a tackle on Wolves defender Matt Doherty last weekend.
Manager Claude Puel said: “Jamie is a valuable player for us. We know his importance to the team but we have to move on and to make a good confidence in other players.
“It is a good opportunity for other players to show their attributes, like Iheanacho, Gray and perhaps Okazaki if he can come back with a good fitness. The most important thing is to have options and have a lot of players available to continue the work.”