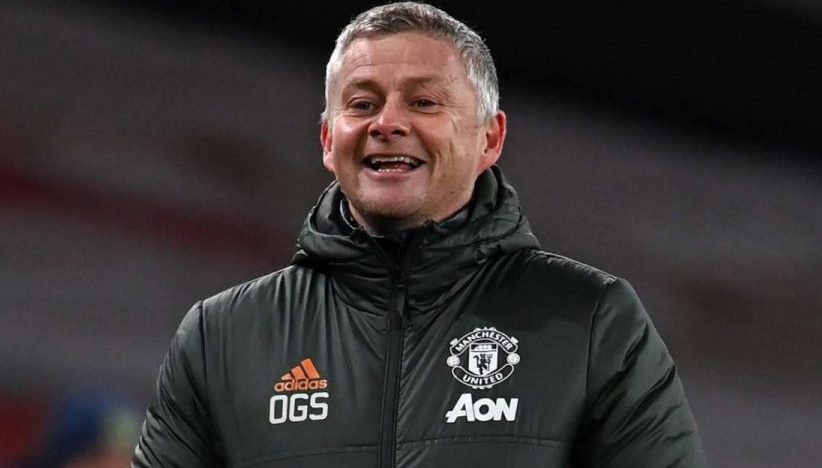 Fresh from booking their place in the final of the Europa League, Manchester United begin a hectic schedule of three Premier League games in the space of just five days when they face Aston Villa today.

Victory would effectively secure a top-four spot for the Red Devils, while Aston Villa are looking for back-to-back top-flight wins for the first time this calendar year.

On the pitch or off the pitch, life at Manchester United is anything but dull at the moment.

The club have rarely been out of the headlines in recent weeks, whether that is for the right reasons – such as a thrilling passage through to the Europa League final – or for the wrong reasons – such as their leading involvement in the European Super League and the fan protests against the Glazers.

Those protests reached a new level of severity last weekend when supporters broke into Old Trafford, clashed with police and prevented the Man United team from leaving their hotel, ultimately leading to their match against Liverpool – the biggest fixture in the English football calendar – being postponed.

The contempt for the Glazers, and the desire for them to sell up, has arguably reached breaking point, although so far the most tangible outcome of their protests has been a fixture pile-up for the team.

Today’s match will be their second of a four-game week, with a difficult double-header at home to Leicester City and Liverpool to come on Tuesday and Thursday respectively – the latter being rearranged to a time which neither Ole Gunnar Solskjaer or Jurgen Klopp is keen on.

There is plenty that needs to be done to mend matters off the pitch, then, but Man United’s progress and success on the pitch is in stark contrast to that and a win this weekend would effectively seal a top-four spot, lifting them at least nine points clear of fifth with three games left and a vastly superior goal difference.

The Red Devils may have been beaten in their Europa League semi-final second leg against Roma on Thursday night, and without David de Gea in inspired form things could have been even more nervy for them, but they still cruised through relatively comfortably with an 8-5 aggregate triumph.

In the Premier League, Man United have lost just four times all season – the same amount as champions-elect Manchester City – with just one of those defeats coming in their last 27 outings, including the longest ongoing unbeaten run of 13 games since their loss to Sheffield United in January.

Victory over Villarreal in the Europa League final later this month would therefore cap a season which has exceeded most expectations, and it is their away form which has provided the bedrock of that success.

Man United have picked up seven more points on the road than they have at Old Trafford this season and have now stretched their unbeaten record away from home to 24 Premier League games – just three short of Arsenal’s all-time top-flight record.

So far this calendar year Man United have kept seven clean sheets and conceded just three goals in 10 away outings, keeping them on course to become only the third club – after Preston North End in 1888-89 and Arsenal in both 2001-02 and 2003-04 – to go through an entire top-flight season unbeaten away from home. Indeed, that is a feat which has not been achieved by any club in Europe’s top five leagues since Bayern Munich in 2012-13.

All of that bodes particularly badly for Aston Villa, whose home record against Man United is as bad as it gets.

Man United’s ongoing 21-match unbeaten run away to Aston Villa in the top flight, stretching back to the opening day of the 1995-96 season, is the longest such streak any club has enjoyed over another in English league history.

It is also 21 games across all competitions stretching back to a League Cup defeat in October 1999, when Solskjaer was in the Man United team, and only Liverpool at Sunderland, with a streak of 23 games from 1959 to 2002, have enjoyed a longer unbeaten away run against an opponent in English football.

Villa’s woes in this fixture are by no means exclusive to Villa Park, though they have only won one of their last 44 Premier League games against Man United, losing 32 of those, and are winless in their last 16 stretching back to December 2009.

History tells us that this is just about the worst fixture Villa could face, then, although their 2-1 triumph over top-four outsiders Everton last time out will have restored some confidence after a three-game winless run before that.

That triumph lifted Dean Smith’s side into the top half of the table again, and also means that they could record consecutive Premier League wins for the first time since December.

However, Villa have not beaten a team in the top two since March 2014, and their form has certainly tailed off since the turn of the year, losing nine league games in 2021 compared to only four defeats this season before that.

Nevertheless, it has been a much-improved season on the whole and, despite four of their last five matches coming against teams above them in the table, they will be hopeful of securing a top-half finish.

Considering Villa were in the relegation zone at this stage last term, 21 points worse off than they are this time around, Smith will certainly be happy with that, and it is their defence which has shown the biggest improvement.

Villa had the worst defensive record in the league after 33 games last season, shipping 62 goals, but this time around they have the fifth-best defensive record, while only Chelsea and Man City boast more clean sheets.