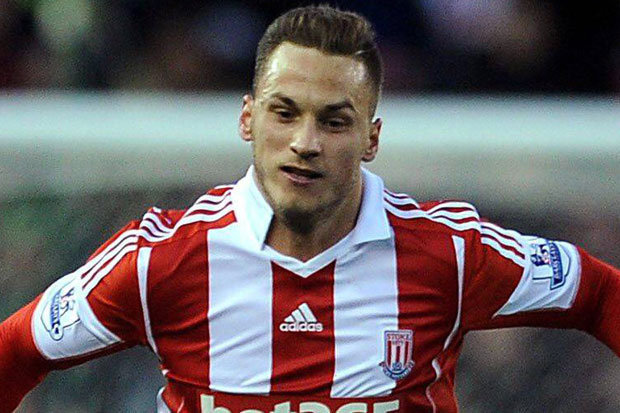 Stoke duo of Marko Arnautovic and Xherdan Shaqiri tore Manchester City to shreds in a brilliant first-half display, which made Manuel Pellegrini’s side look anything but Premier League leaders.
Austria international Arnautovic scored both goals – teed up by the drive and vision of man of the match Shaqiri – and could easily have finished the match with five to himself as the visitors were comprehensively outplayed in the Potters’ 2-0 victory.
City, who finished the match with 10 men after midfielder Fernando limped off following his side’s third substitution, began the day top of the table on goal difference but a fourth away game without a win – and the third in a row without a goal – conceded the initiative to the chasing pack.
They were beaten by a Stoke side unrecognisable from last weekend’s 2-0 defeat at struggling Sunderland as they oozed confidence – with no greater example set than by centre-back Philipp Wollscheid’s Cruyff turn on Kevin de Bruyne on the edge of his own penalty area in the first half.