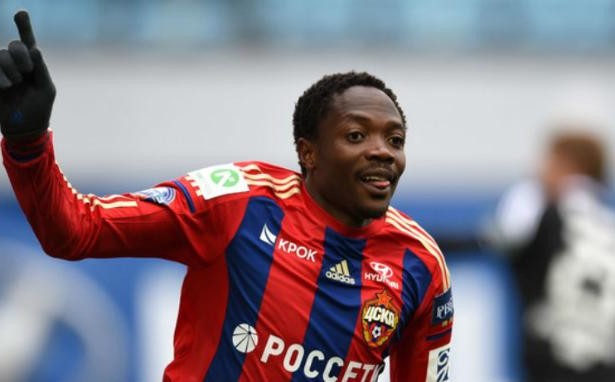 Nigerian international, Ahmed Musa, was a second half substitute as Middlesbrough held Premier League defending champions, Leicester City, to a goalless draw at the Riverside Stadium on Monday.
Musa made several attacking forays into the homers defence after replacing Riyad Mahrez in the 71st minute of the tie.
The hosts had the better of the chances in what was an open and entertaining contest, but neither team could make the breakthrough as the points were shared, leaving Middlesbrough 16th and Leicester 14th in the Premier League table.
The home side had their first real opportunity of the match when Traore delivered a super cross towards Marten de Roon, but the midfielder could only lift his effort over the crossbar.
Middlesbrough continued to look the more likely to make the breakthrough as Alvaro Negredo hit the side-netting in the 31st minute, but Leicester were dangerous on the counter-attack when Riyad Mahrez, who operated in a central position, had space to attack.
De Roon’s curling effort was deflected over Kasper Schmeichel’s goal late in the first period as the tempo remained high entering the latter stages of the first 45 minutes, before Guzan saved from Mahrez as the two teams headed down the tunnel on terms following an entertaining first half of action.
Middlesbrough started the second period on the front foot and tested Schmeichel in the 48th minute when George Friend struck one from distance, but the away side’s goalkeeper was down to make the save.
The pressure from Middlesbrough continued into the latter stages as Karanka’s side looked for a vital three points, but Leicester, who are still without an away win in the league this season, held on to secure a share of the spoils.