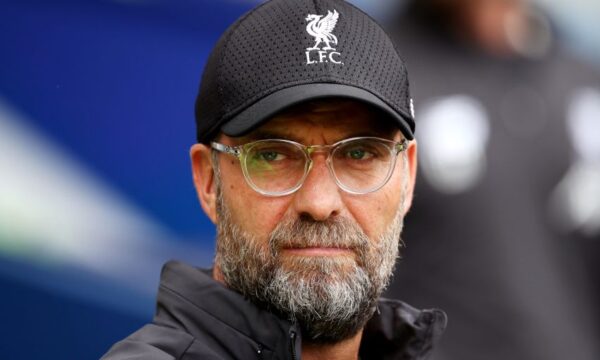 Liverpool are preparing immensely ahead of this weekend’s Merseyside derby clash and have been awarded a major boost, seeing the return of the key duo of Sadio Mane and Thiago Silva.

And, it is safe to say that the Reds certainly do need one keeping their recent shocking performance in mind.

Although Jurgen Klopp, who seems to be following in Bob Paisley’s footsteps (one of Liverpool’s greatest managers), has achieved great triumphs with the Reds such as their fresh Premier League win, there seems to be chinks in their seemingly unbreakable armour.

Shockingly, Aston Villa hit seven goals past champions Liverpool, who suffered their first defeat of the campaign, and achieved a graceful and stunning 7-2 victory at Villa Park.

Liverpool started poorly at Villa Park as an inadequate pass from Adrian – substituting for Alisson after the Brazilian picked up a shoulder injury – allowed Watkins the opener in the fourth minute.

Although star striker Mohamed Salah attempted to balance it out, the attempts were in vain leading to Aston Villa’s daunting victory.

Liverpool defender Virgil van Dijk was certainly disappointed in the unexpected performance, as we all were. Is this the same Liverpool who sky-rocketed to victory in the 2019/20 season?

“It’s hard to lose the way we lost tonight. First and foremost well done to Aston Villa, we have to give them the credit they deserve. It was one of those performances where we weren’t 100% at it from start to finish”.

“Overall, we’re all disappointed. We shouldn’t have lost with the numbers that we did but, it’s about sticking together and making sure it doesn’t happen again.”

Now, ahead of their match against Everton, Liverpool has a chance to redeem themselves and remind the football world of what they’re capable of.

Luckily, they’ll be supported by the likes of Sadio Mane and Thiago Silva.

Summer signing Thiago made an impressive debut after coming on as a half-time substitute during the 2-0 Premier League win over Chelsea at Stamford Bridge last month, but missed matches against Arsenal and Aston Villa due to a positive test result.

Unfortunately, Mane tested positive as well shortly after and, he missed out in the stressful match against Everton. However, the storm has passed, and we will see the duo in action on the 17th.

Joining the duo is defender Joel Matip, who has missed the last five matches through injury after appearing as a late substitute in the 4-3 win over newly-promoted Leeds on opening day.

Unfortunately, the Reds will still be without Allison as the Brazilian goalkeeper recovers from a shoulder injury.

It seems the international break could not have come at a better time and, the Reds are gearing up to repair their damaged reputation.

Klopp has high hopes in his plan of attack with the star striking trio: Mohamed Salah, Sadio Mane and Roberto Firmino..

Everton has never previously encountered all three strikers at once and, perhaps this solution will give the Everton defenders a problem they never knew they had.

However, the Toffees won’t go down without a fight, and luckily, they have also been given a huge boost as they prepare for this weekend’s Merseyside derby with the news that Seamus Coleman, Andre Gomes and Allan should be fit and ready to start.

Allan previously suffered from a groin injury and, it was uncertain whether he would be performing on the 17th.

Following Allan’s injury, Coleman limped off the field during the win over Brighton with a painful hamstring injury. However, both players seem to have no ill-effects and will, therefore, be ready to battle it out against the Reds.

Though, Everton are not completely secure on the injury front, with Yerry Mina sitting out Colombia’s clash with Chile as a precaution after feeling discomfort in his thigh during training.

Mina will be assessed when he returns to Finch Farm, with Ben Godfrey in contention for a derby debut if he is ruled out.

Is this the little push the Reds need to secure a victory and re-establish their stained reputation? Or, will things take a horrific turn once again and will we witness the Premier League champions suffer another traumatic defeat?