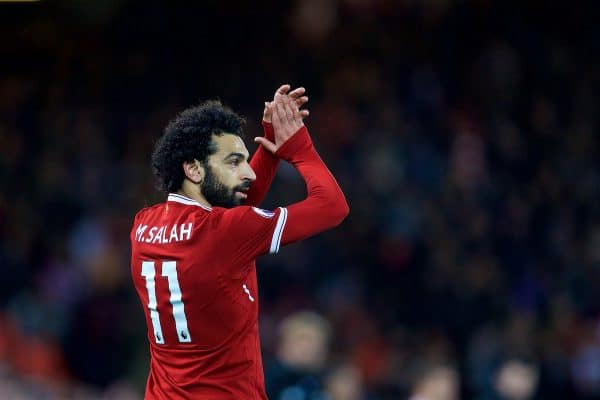 Liverpool came from behind to beat Tottenham 2-1 at Anfield and go six points clear at the top of the Premier League.
Spurs made the perfect start when Harry Kane headed in from close-range after Son Heung-Min’s shot deflected off Dejan Lovren and hit the upright, leaving the England captain to nod home the rebound.
Paulo Gazzaniga was in fine form in the Tottenham goal, denying Mohamed Salah, Roberto Firmino, Virgil van Dijk and Trent Alexander-Arnold as Liverpool looked in vain for an equaliser throughout the remainder of the first-half.
From a tight angle, Son hit the crossbar three minutes into the second-half from a long Gazzaniga kick and should have doubled Spurs’ advantage.
That miss came back to haunt Spurs on 52 minutes when Jordan Henderson’s left-footed shot saw Liverpool pull level.
And the hosts pulled ahead with 15 minutes remaining when Salah converted from the penalty spot after Serge Aurier had fouled Sadio Mane.