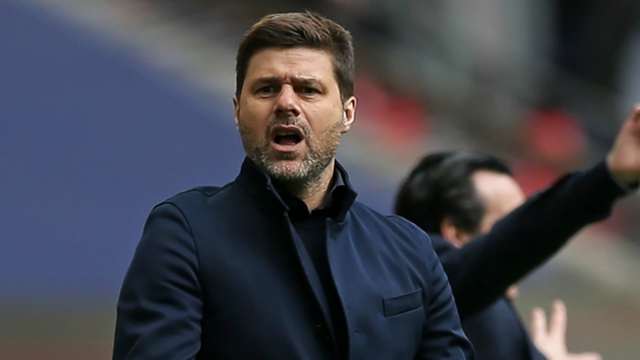 Leicester City play host to Tottenham Hotspur in the Premier League this afternoon on the back of suffering their first defeat of the campaign at Manchester United.
Meanwhile, after their trip to Greece earlier this week, Spurs return to domestic action sitting in fourth position in the top-flight standings.
Despite currently being regarded as the best of the rest behind Liverpool and Manchester City, and Bournemouth, Spurs have several more gears to go before they reach their levels of the previous campaign.
Mauricio Pochettino’s side have rode their luck at times, especially in draws with Manchester City and Arsenal, but coming through each of those encounters unscathed could make a difference come the end of the season.
A third 2-2 draw in quick succession followed in midweek against Olympiacos, although Pochettino was not shy in expressing his disappointment with his side’s performance.
While the Argentine was naturally unhappy at witnessing Spurs let slip a two-goal advantage, he also questioned why his players failed to perform to the strategy set out before the contest.
There is an argument that Spurs had not delivered for the fifth time in half-a-dozen outings this season, and Pochettino is showing increasing concern regarding the level of their displays.
Christian Eriksen has also done little to reassure his manager that he is fully committed to the cause having produced another underwhelming showing in midfield, a factor which Pochettino must assess on a game-by-game basis.
The Dane should not necessarily be singled out, however, with as much onus needing to be placed on the backline as a result of eight goals being conceded since the second weekend in August.
Spurs have a generous fixture list on the domestic front in the coming weeks, but failure to take advantage of it will heap further pressure on Pochettino and his squad heading into the winter months.
Other other hand,Leicester’s strong start to the campaign such that many were tipping Brendan Rodgers’s side to claim all three points when they made the trip to Old Trafford last weekend.
However, while they only succumbed to a Marcus Rashford penalty, the result has the potential to derail Leicester’s early form, which has kept them in and around the top four of the standings.
Out of a chasing pack containing several clubs, Leicester are the most fancied to break the established “top six” come May, and there is a window of opportunity given that many of those teams are dropping points on a regular basis.
Nevertheless, despite sitting on the same points total as Spurs, Manchester United, Chelsea and Arsenal, Rodgers will be keen to focus on the short term with his team yet to register a dominant win this season.
The victories which they have picked up – against Sheffield United and Bournemouth respectively – have come mainly through desire over a ruthlessness in front of goal, or the ability to keep a clean sheet at the other end.