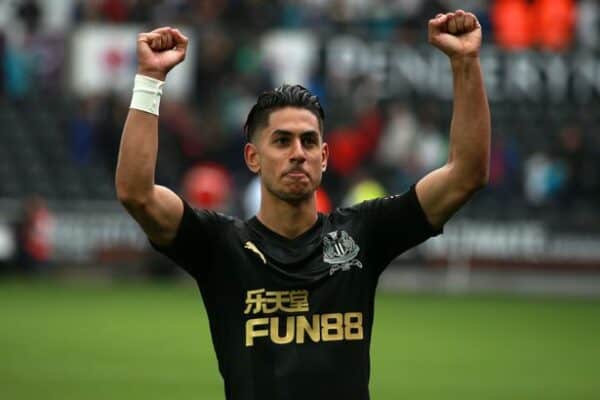 Leicester City shrugged off a recent slump in form to consolidate third place in the Premier League with Ayoze Perez’s late double capping a 4-1 home win over lowly West Ham United on Wednesday.
Back-to-back defeats by Southampton and Burnley had cast some doubt over their top-four credentials but goals by Harvey Barnes and Ricardo Pereira before halftime put them in control.
The only surprise was it took Brendan Rodgers’s side 24 minutes to go ahead, with Barnes applying the finishing touch after combining well with Ricardo.
Premier League top scorer Jamie Vardy became the latest victim of the injury curse afflicting English strikers when he limped off in the 43rd minute but Leicester responded by doubling their lead on the stroke of halftime when Barnes turned provider for Ricardo to fire home.
Skipper Mark Noble gave West Ham a lifeline in the 50th minute when he converted from the spot after Wilfred Ndidi was adjudged to have fouled Sebastien Haller.
West Ham stayed in contention but Perez restored Leicester’s two-goal lead from the spot after 81 minutes and rubbed salt into the Hammers’ wounds with a second goal in the 88th minute.
Leicester have 48 points from 24 games, eight ahead of fourth-placed Chelsea, while West Ham, who have 23 points, are only outside the relegation zone by virtue of goal difference.