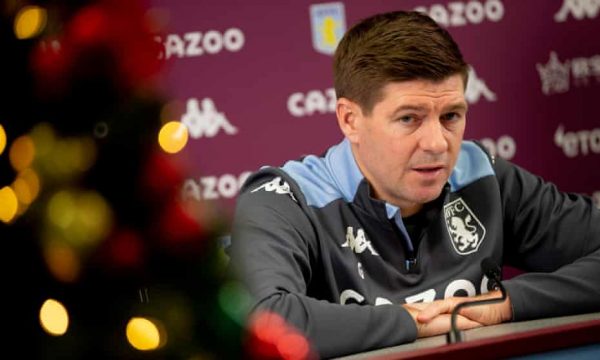 Leeds United will endeavour to snap a three-game winless streak in the Premier League when Aston Villa pay a visit to Elland Road this afternoon.

The Whites were thumped 5-2 by Brentford during their most recent encounter, while Steven Gerrard’s side ran out 1-0 winners over Southampton before the international break.

Any shred of defensive acumen that Leeds had previously demonstrated was nowhere to be seen at the Brentford Community Stadium on September 3, as Thomas Frank’s side ran out convincing 5-2 winners thanks in no small part to an Ivan Toney hat-trick.

Luis Sinisterra and Marc Roca’s efforts for Leeds proved inconsequential, and Jesse Marsch’s red card added insult to injury for the Whites, whose meeting with Villa will mark their first dose of competitive action in nearly a month.

With the state funeral of Queen Elizabeth II taking priority, security concerns surrounding their showdown with Manchester United led to the postponement of that game, but Leeds are still sitting in a healthy 11th place in the table, with a game in hand on most of the teams around them.

After taking seven points from their first three games of the new season, Leeds have now posted just one point from their last three top-flight outings, but thankfully for Marsch, Elland Road has been something of a fortress for his side so far.

Indeed, the Whites have won three of their four games on home soil in all competitions this season – drawing their most recent one against Everton at the end of August – and they are one of five teams to have conceded a league-low two goals on their own patch so far.

Not since the 2001-02 season have Leeds managed to go unbeaten in their first four home games of a top-flight campaign, and Villa will certainly be intent on extending their hosts’ streak after returning to winning ways themselves in a dull meeting with Southampton on September 16.

Such was the dire nature of the contest that John McGinn admitted that he would have turned the television off if watching at home, but a 41st-minute strike from Jacob Ramsey was all that the Lions needed to end their four-game winless run in the top flight.

That narrow success has done little to elevate Gerrard’s side in the standings, as Villa occupy 15th spot in the table ahead of today’s game – one point clear of Crystal Palace, who have a game in hand – and three above the relegation line.

A 4-1 win away at Bolton Wanderers in the EFL Cup is all well and good, but Villa have suffered four defeats from their last four road matches in the Premier League – shipping 10 goals in the process – and the international break was not kind to Gerrard in terms of injuries.

Villa can be encouraged by the fact that they have posted back-to-back wins at Elland Road since Leeds joined them back in the Premier League in 2020, and the Whites are winless in four league matches against the Lions at home since a 2-0 success in December 2016.