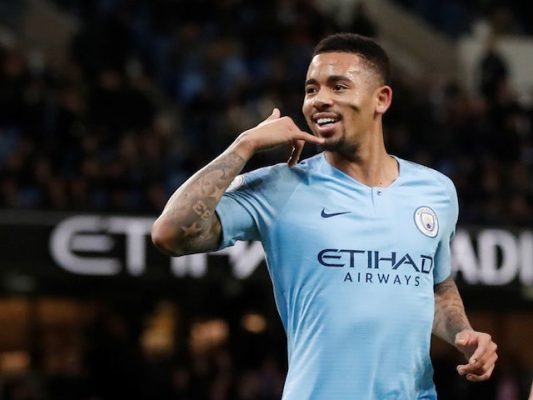 Sergio Aguero missed a penalty before replacement Gabriel Jesus spared his blushes as Manchester City edged past Premier League top-three rivals Leicester 1-0 at the King Power Stadium.
After a first half marked by Jamie Vardy hitting the post early on and Aguero having a goal ruled out for offside, second-placed City thought they were finally about to break the deadlock when the Argentinian stepped up to the spot on the hour mark, following Dennis Praet’s handball in the box.
But Kasper Schmeichel guessed right, meaning City had missed five of their last seven penalties.
However it was not long before Jesus was introduced as a substitute for Aguero, and the Brazilian quickly seized on a pass from former Leicester man Riyad Mahrez before slotting home in the 80th minute.