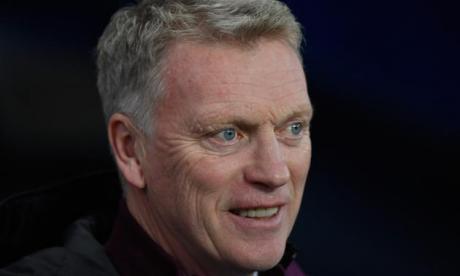 West Ham vs Newcastle
Venue: London Stadium
Kick off: 4PM
West Ham will look to cash in on Newcastle’s alarming run of form and continue to pull away from the relegation zone when they host the Magpies this afternoon.
David Moyes has enjoyed an immediate impact in east London – victories over Chelsea and Stoke sandwiched a goalless draw with Arsenal – and those results have helped lift the Hammers out of the drop zone for the first time this season.
Newcastle’s slump has seen them lose eight out of nine Premier League games since beating Crystal Palace on October 21.
They have already lost four times in December and have now replaced today’s opponents in the bottom three; the memory of them beating the Hammers 3-0 at the end of August must feel a very long time ago.
But Rafa Benitez insists his side are working hard and just need some luck, saying after the 1-0 defeat to Arsenal last week: “Sometimes you need a little bit of luck, sometimes it’s the final decision.
“We’ve had these situations in the last two or three games, losing to one goal, but at the same time you can see the reaction of the players and the effort they put on the pitch – that’s the positive thing.”
Andy Carroll faces a late fitness test having been absent recently due to a back problem. Cheikhou Kouyate could miss out due to a hamstring injury. Joe Fonte, Edimilson Fernandes (both ankle) and Sam Byram (thigh) are all absent.
In contrast, Benitez has a fully-fit squad to choose from with Jonjo Shelvey the only absentee from the Newcastle squad as he serves the second of a two-game suspension.
West Ham have won their last two home Premier League games against Newcastle – one more than they managed in their previous eight (W1 D3 L4).
After doing the double over West Ham in their first two Premier League seasons in 1993-94 and 1994-95, Newcastle have managed it just once since (in 2010-11).
West Ham have kept a clean sheet in each of their last three Premier League games – they’ve only kept four in a row in the competition once before, back in February 2014 under Sam Allardyce.
Newcastle boss Rafael Benitez said he can take positives from his side’s effort in defeat at Arsenal and is confident they will get better results in weeks to come
Benitez has won 10 of his 13 Premier League matches against West Ham (D1 L2), although his two defeats were away from home in January 2008 and December 2012.
The Spaniard has also won seven and lost none of his last nine Premier League encounters with David Moyes – his most recent meeting was a 2-1 win as Chelsea boss in Moyes’ final match as Everton boss in May 2013.