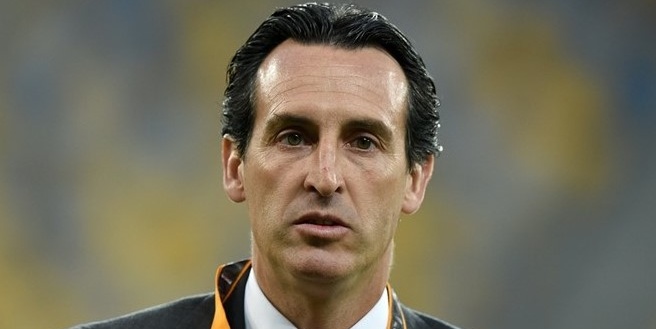 Manchester City have got their Premier League title defence off to a winning start courtesy of a comfortable 2-0 victory over Arsenal at the Emirates Stadium on Sunday.
Goals from Raheem Sterling and Bernardo Silva earned the champions all three points in the final match of the opening weekend, condemning Unai Emery to defeat in his first game in charge of Arsenal in the process.
Kyle Walker and Sterling in particular were causing problems for the defence, and the latter drew the first save from Petr Cech after only nine minutes when he latched on to Sergio Aguero’s pass before turning Shkodran Mustafi inside out and powering a shot towards goal from a tight angle.
It was an ominous warning sign for the Gunners, and sure enough they were behind just five minutes later when Sterling collected possession on the left flank before cutting inside and blasting his finish past Cech from the edge of the box for his 50th Premier League goal.
Arsenal were fortunate to go into the break only a goal behind, though, and City soon regained control of the game upon the restart with Aguero blasting one effort off target after the ball had fallen kindly for him.
Emery introduced Alexandre Lacazette in an attempt to change the course of the match, and the striker almost had an immediate impact when he collected the ball in space on the edge of the box, only to put his half-volley wide with the outside of his foot.
The chance seemed to inject some life into the hosts as City let their control over the game slip momentarily, although they should have restored it shortly after the hour mark when some suicidal defending left Aguero with a free run at goal from the halfway line.
The Argentine could have teed up the recently-introduced Kevin De Bruyne for a tap-in, but instead went for goal himself and was denied by a big save from Cech.
It felt as though it might be a pivotal moment in the match considering Arsenal’s improvement leading up to it, but that did not prove to be the case and City did have their second goal just 50 seconds later when Bernardo slammed an unerring first-time finish into the top corner from Mendy’s low cross.