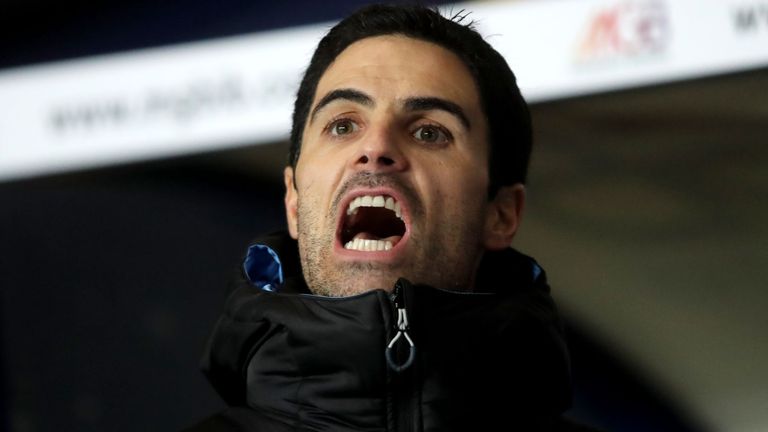 The Seagulls salvaged a point right at the death against Crystal Palace last time out, while Mikel Arteta’s men ran riot in the North London derby against Tottenham Hotspur.

The Seagulls’ wings were set to be clipped when Crystal Palace talisman Wilfried Zaha netted a penalty on the stroke of half time to put his side into the ascendancy, as the Eagles sought to come out on top in the battle of the skies and the M23.

However, a poor clearance from Vicente Guaita in the dying embers allowed Joel Veltman to set Neal Maupay away with a delightful first-time pass, and the Frenchman caught Guaita in no man’s land to chip the ball over the Spaniard and send the visiting crowd into delirium.

While that 1-1 draw did end Brighton’s three-game winning run across all tournaments, Graham Potter’s side have enjoyed a far better start to the season than most could have envisaged and find themselves sixth in the table after six games, although they missed the chance to go top at Selhurst Park.

Nevertheless, Potter’s side are still keeping pace with the big boys and will come under increasing pressure to maintain such a rich vein of form over the coming weeks, but their only defeat so far this season did come at home to Everton.

Rather incredibly, only Manchester City and Chelsea can boast more home clean sheets than Brighton in the Premier League since the turn of the year, but their opponents are on cloud nine following a remarkable display of attacking guile against their North London rivals.

Normally, the form book is ripped up before Tottenham pay a visit to the Emirates Stadium for another classic North London derby, but amid the Lilywhites’ alarming slump, Arsenal’s revival continued with a richly-deserved 3-1 success in front of their own fans.

Bukayo Saka and Emile Smith Rowe both chalked up one goal and one assist apiece while Pierre-Emerick Aubameyang paid homage to Thierry Henry with his strike and celebration in a near-perfect first half, and Son Heung-min could only strike a consolation late on.

Mikel Arteta has now witnessed his improving Gunners side march to four successive victories in all competitions, and Arsenal now occupy 10th spot in the table as the only team in the Premier League to have taken nine points from the last nine on offer.

Arsenal are unsurprisingly a different beast now that their first-choice defence is available and their medical room is near-empty, and defeats at Brentford and Manchester City represent the Gunners’ only losses in their last 10 Premier League games away from home.

Brighton previously lost just one of their opening six league games with Arsenal after earning promotion in 2017, but the Gunners did the double over the Seagulls last term, scoring three goals and conceding a grand total of zero in the process.