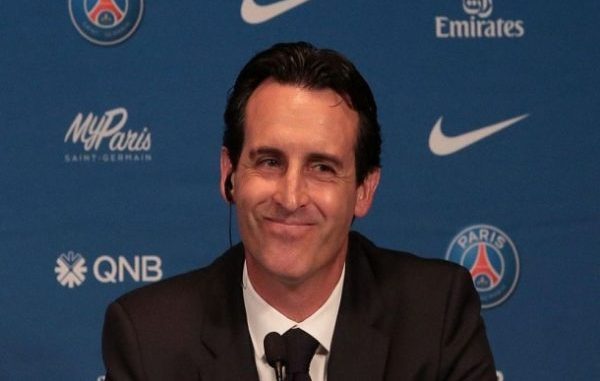 Share
Facebook Twitter LinkedIn Pinterest Email
Arsenal have recovered from a goal down to beat West Ham United 3-1 at the Emirates Stadium, seeing them get off the mark under new boss Unai Emery at the third attempt.
The Gunners, beaten by Manchester City and Chelsea in their first two outings, bounced back through a Nacho Monreal strike, an Issa Diop own goal and a Danny Welbeck tap-in after Marko Arnautovic had given United a surprise lead.
Arnautovic opened the scoring for the visitors from further back, though, sending the ball just out of Petr Cech’s reach from 20 yards following an exchange of passes with Felipe Anderson.
That setback managed to awake Arsenal as, a week on from dragging themselves back into the game from two goals down at Chelsea, they bounced back four minutes later here through a simple finish for Monreal towards the back post.
Hector Bellerin played a big part in the goal with his cross from the right after getting in behind, and that was proving to be a big theme as a couple more big chances came and went up the other end.
The introduction of Alexandre Lacazette for the second half boosted the hosts in an attacking sense, with the Frenchman getting a couple of early shots on target and Shkodran Mustafi directing a header on goal that Fabianski did well to claw away.
United always looked threatening, however, and they could easily have been in front on the hour when Anderson powered down the left and picked out Arnautovic, who fired the ball at Cech down the middle.
The vital third goal of the match went the way of Arsenal after Lacazette’s cross hit Diop in the midriff and crossed the line for a debut own goal.
Substitute Welbeck then wrapped up the three points for the Gunners in added time by keeping his cool in front of goal after being spotted by Monreal in acres of space.
Arsenal FC Danny Welbeck Marko Arnautovic Unai Emery West Ham United
Share. Facebook Twitter Pinterest LinkedIn Tumblr Telegram Email