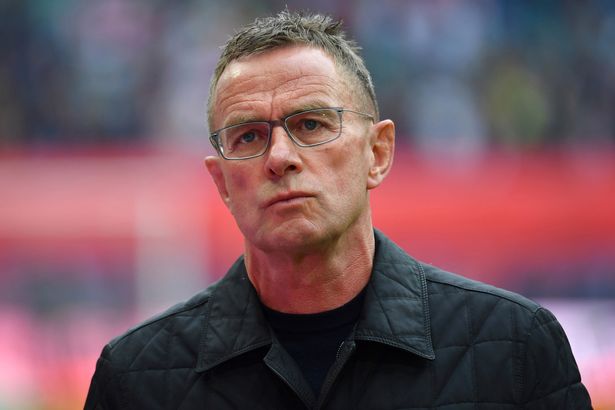 Two teams in desperate need of the three points will lock horns for a key Premier League contest this afternoon, as Everton welcome Manchester United to Goodison Park.

Everton is one of six teams to have never been relegated from the Premier League, but there is no question that the Merseyside giants are locked in a battle for their lives heading into the final straight, and the pressure is already firmly on head coach Frank Lampard despite his recent arrival.

The Toffees picked up a vital 1-0 win over Newcastle United before the international break but have lost their last two in the league, going down 2-1 at West Ham United last weekend before suffering a damaging 3-2 reverse away to fellow relegation candidates Burnley on Wednesday night.

Richarlison netted two penalties for Everton at Turf Moor after an opener from Nathan Collins, but Jay Rodriguez made it 2-2 in the 57th minute before Maxwel Cornet decided the contest in the 85th minute, piling the pressure on Lampard.

The Toffees are currently 17th in the table, just one point clear of 18th-placed Burnley on the same number of matches, while they are only three ahead of 19th-placed Watford, but the Hornets have played a game more.

The Merseyside club is now heading into a tough run of fixtures, facing Man United, Leicester (H), Liverpool, Chelsea and Leicester (A) before a trip to Watford on May 11, and there is no question that the home supporters will be demanding a response at Goodison Park this afternoon.

Man United will not be in the mood to hand out any favours this weekend, though, as the Red Devils require three points to keep their top-four hopes alive heading into the final straight.

Last weekend’s 1-1 draw with Leicester, coupled with the other results in England’s top flight, has left Ralf Rangnick’s side in seventh spot, three points behind fourth-placed Tottenham Hotspur on the same number of matches; it is not an impossible task, but they will also likely have to finish above Arsenal and West Ham.

The 20-time English champions are believed to be on the verge of naming Ajax’s Erik ten Hag as their new manager, with the club already planning for next season, but they will surely have to finish in a Champions League spot this term to be able to attract their desired transfer targets this summer.

Man United have only won one of their last six matches in all competitions during a disappointing run, while they suffered a 4-1 loss at Manchester City in their last away league fixture towards the start of March.

The Red Devils also have some huge matches in April, facing Liverpool and Arsenal in back-to-back away fixtures on April 19 and April 23 respectively, but they should be in a confident mood heading into this game, having only lost once to Everton in all competitions since April 2015.