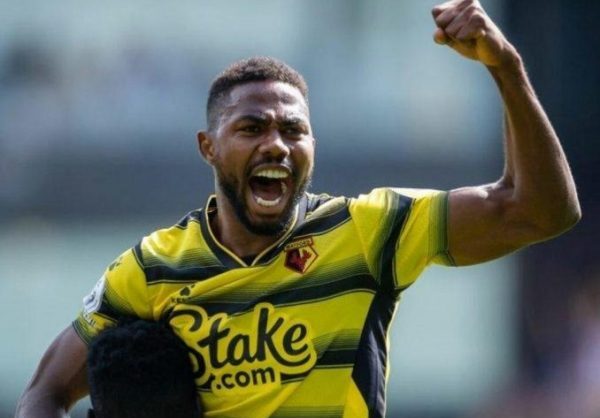 The Hornets’ record signing, who had not scored since the opening-day win over Aston Villa, proved too good for the Norwich defence with his brace putting the game beyond the hosts.

The visitors had taken an early lead, which was the first sign of any cracks in the Norwich defence, as Dennis headed past Tim Krul after being marked poorly in the 17th minute.

Teemu Pukki struck his, and Norwich’s, second Premier League goal of the season to level the contest when he beat the offside trap before sending the ball over Ben Foster 10 minutes before half-time.

However, in the second half, Watford took a decisive lead in the 63rd minute with Sarr beating Grant Hanley to the ball before flicking it into the net and then being first to a parried shot from Josh King to tap home for his second 10 minutes from time.

The Canaries had swept to a second Sky Bet Championship title under German manager Daniel Farke last season but so far have again come up short on their return to the top flight.

Norwich had the toughest of starts – against Liverpool, Manchester City, Leicester and Arsenal – but again struggled against their fellow promoted side and have now lost five successive matches against the Hornets.

The early exchanges were filled with the energy you could expect from two sides who have struggled in the top flight this season but quality was lacking in either box, although both keepers were called into early action.

Summer signing Dennis’ first away goal for Watford broke the deadlock and the Hornets could have had a second in the 33rd minute when the ball was pulled back to an unmarked King in the centre of the box but his shot was blocked.

Pukki then beat the offside trap after being played in by debutant Mathias Normann before getting ahead of the defender and firing home.

Sarr had been largely kept at bay by Brandon Williams during the first half but threatened twice just before the break.

First, Krul had to make a low diving save before he was unable to chip the ball over the towering goalkeeper who came off his line with Sarr through on goal.

However, the 23-year-old did not have to wait too long for his goal, which came just after the hour mark, when King made a run down the touchline before pulling it back to Sarr, who beat Hanley to the ball before flicking it into the far corner.

Watford secured the three points in the 80th minute when King beat the offside trap only for Krul to stop the shot but the ball fell into the path of Sarr, who tapped home.

The goal was originally ruled out for offside before a VAR review determined King had been onside when he received the ball from Tom Cleverley.