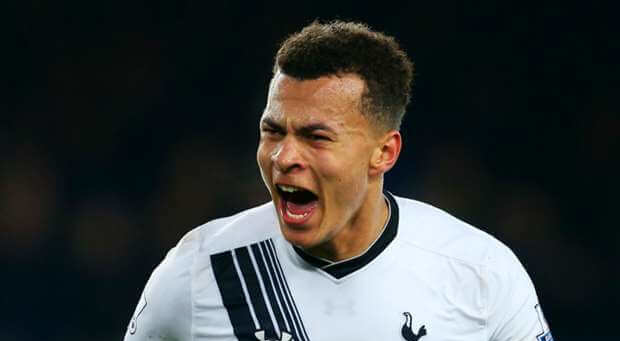 Dele Alli and Harry Kane extended Tottenham Hotspur’s winning Premier League run to three games by sealing a 3-0 victory over Norwich City at Carrow Road on Tuesday.
Mauricio Pochettino’s side have moved up to third in the league table, but remain five points behind leaders Leicester City, while Norwich’s position in the top flight stays precarious as they are just two points off relegation.
It was the perfect start for the North London outfit when Alli netted his seventh goal of the season inside the first two minutes of the clash.
Norwich showed their defensive frailties by failing to convincingly clear a corner, allowing the ball to fall to Kyle Walker, whose shot was deflected to Christian Eriksen’s feet.
The Dane went for goal himself, aiming for the far corner, and after it was punched away by Declan Rudd, Alli latched onto the ball and stabbed it home.
The home side struggled to respond and it took 12 minutes for them to get their first sniff at goal when Dieumerci Mbokani drilled a low shot through the legs of Danny Rose, but Hugo Lloris dropped down to make a comfortable save.
Kane began to show his quality as the half progressed and he managed to get on the scoresheet on the half-hour mark when referee Kevin Friend awarded a penalty after Alli was tripped by Sebastien Bassong in the box.
Kane, who scored 31 goals in all competitions last season, coolly slotted the ball into the bottom right corner of the net after sending Rudd the wrong way.
Tottenham continued to control proceedings and Norwich’s half was summed up by Ivo Pinto, who was able to loop a header into the back of the net, but he was flagged offside in the process.
Spurs’ star striker almost scored a second before the half-time whistle when he unleashed a left-footed shot from an acute angle, but the ball rattled off the post.
After the break, Alex Neil’s side found a new lease of life as they had a more aggressive approach by closing their opponents down and trying to get on the ball.
Steven Naismith came close to giving the home side a goal when he flicked a header towards the net, but it fell inches wide of the post.
Minutes later, the home side got the ball in the back of the net for a second time, but once again it was disallowed as Bassong, who got a touch on Naismith’s effort, was rightfully flagged offside.
Spurs managed to weather the storm and it helped the visitors when Norwich wasted chances, one of which fell to Naismith, but the Scotland international blazed wide, deciding against using options either side of him.
As the game went on, Spurs got more time on the ball and seemed content retaining possession in order to run the clock down and keep hold of their lead.
With eight minutes of normal time remaining, Kane sparked the game back into life when he smashed a thunderous effort towards goal from the edge of the box, but it rattled off the post.
After a handful of chances, the England international claimed his third goal of the game by picking up a loose ball after Norwich’s defence gave it away and he curled it into the net.
Eventually, it was a comfortable win for the visiting side as they keep themselves in the hunt for Premier League glory.