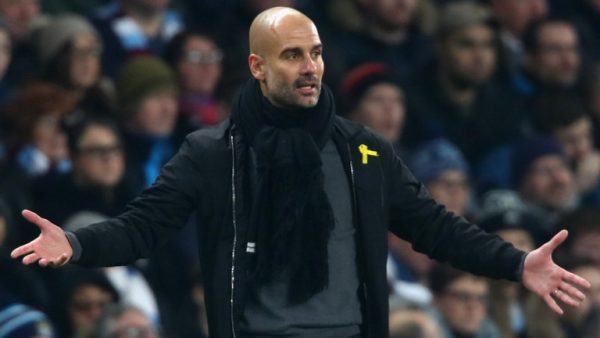 Manchester City resume Premier League action this afternoon with a game against Aston Villa at the Etihad.
The Premier League champions will hope that they continue to make up ground on leaders Liverpool, who are six points ahead of them in the Premier League.
Pep Guardiola’s men have responded in ideal fashion to suffering a damaging 2-0 defeat at home to Wolverhampton Wanderers prior to the international break.
The Citizens claimed a comfortable 2-0 win over Crystal Palace, who are something of a bogey team, ahead of recovering from going a goal down to thrash Atalanta 5-1 in the Champions League.
As domestic football returns to the Etihad this weekend, City players will know that slipping up at home even once more this season could have fatal consequences for their title defence.
Following consecutive years during which it seemed as if nobody could touch them, the Premier League champions possess greater firepower than ever but perhaps have more question marks surrounding their capacity to hold firm at the back.
Indeed, in the wake of Vincent Kompany’s departure, combined with injuries to Aymeric Laporte and John Stones, it has been demonstrated by both Norwich City and Wolves that hitting City with fast counter-attacks down the middle of the pitch can open up gaps in behind.
This current impediment, along with more intangible factors like “pedigree” and “heritage”, may combine to explain why City could struggle in Europe again this season – a problem that is preventing this side from joining the pantheon of the game’s very best teams.
However, when it comes to these games at home against lesser opponents, City will always back their attacking unit to substantially outscore whomever they come up against.
Today’s visitors will take heart from the blueprint laid down by Wolves but must also be conscious of the fact that this City team has scored 21 goals in six home games since August.
The story of Villa this season has been one of a team which has almost visibly grown into its skin since the opening weekend.
Defeats to Bournemouth and Crystal Palace along with a tepid home draw with West Ham United during the club’s opening four league games were indicative of a team which, although solid at the back, looked to be missing something going forward.
However, it seems as if a 3-2 defeat to Arsenal at the Emirates, which saw the visitors take the lead twice and lose the game to a last minute goal, served as something of a turning point when it came to the intensity of Villa’s performances.
Since that loss, Smith’s side has managed at least two goals in every game, including an impressive 5-1 victory over Norwich at Carrow Road that was hallmarked by a front three of Jack Grealish, Anwar El Ghazi and Wesley cutting through the Canaries at will.
Moreover, the Villans have been bolstered by the strong form of attacking midfielder John McGinn, with the Scot scoring three goals and claiming one assist this term, often making smart late runs to join attacks and create overloads through the middle.
If Villa are to pull off one of the shocks of the season at the Etihad this weekend, the aforementioned attacking quartet must make use of any pocket of space that happens to come their way. Watford, for example, actually had an excellent chance to equalise after just five minutes at the Etihad, only to squander it and end up losing 8-0.
Smith has so far refused to deviate from a rigid 4-3-3 system, whose primary aim is for the team to attack and defend as one unit, and will need his players to function as one perfectly unified entity if they are to succeed at keeping this City team at arm’s length.
Then again, as every team knows, even being perfect against such a litany of superstars can sometimes not be quite enough.