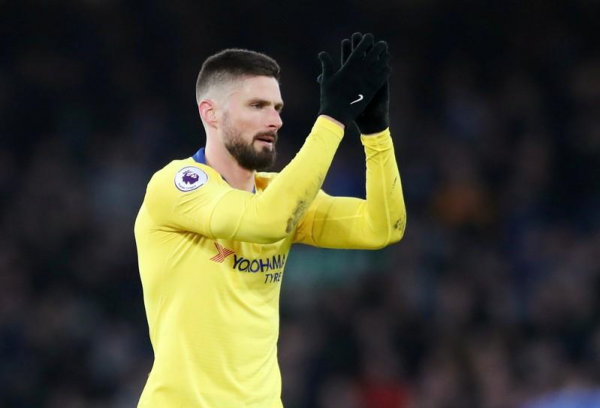 Chelsea boosted their hopes of finishing in the Premier League top four as second-half goals from substitute Christian Pulisic and striker Olivier Giroud secured a 2-1 comeback win at relegation-threatened Aston Villa on Sunday.

The result left Chelsea fourth on 51 points from 30 games, five ahead of fifth-placed Manchester United, while Villa’s hopes of avoiding the drop were dented as they stayed second-bottom on 26 points, one point adrift of the safety zone.

Defender Kortney Hause had fired the home side ahead against the run of play in the 43rd minute with his first Premier League goal, scrambling in a close-range rebound after Chelsea keeper Kepa Arrizabalaga parried an Anwar El Ghazi shot.

Dominant Chelsea had 76 per cent of possession in the opening half and missed a string of chances, with Villa keeper Oerjan Nyland twice denying Mason Mount, while Mateo Kovacic volleyed inches wide from the edge of the penalty area.

American Pulisic equalised on the hour, five minutes after coming on, when he stabbed a Cesar Azpilicueta cross off the underside of the bar at the far post as Villa’s defence finally cracked under intense Chelsea pressure.

Azpilicueta delivered another telling assist two minutes later, threading the ball to Giroud from a flowing move and the Frenchman’s deflected shot on the turn gave Nyland no chance.