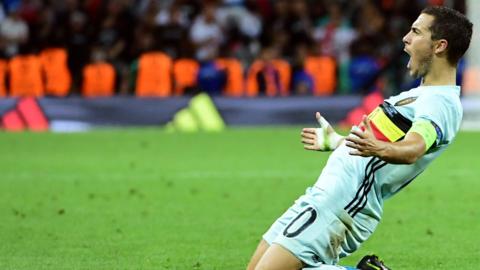 Burnley will become the latest team to try to halt Chelsea’s title procession when they host the runaway Premier League leaders at Turf Moor on Sunday (today).
The Clarets boast a formidable home record so far this season, but welcome a team who have won 16 of their last 18 matches to establish themselves as champions-elect.
It is a sign of Burnley’s progress this season that they will welcome Chelsea to Turf Moor today full of confidence that they can come away with a positive result.
The secret behind Burnley’s success is not hard to decipher, with an incredible 28 of their 29 Premier League points so far this season having come at Turf Moor.
Only Tottenham Hotspur and Chelsea have a better home record than Burnley this season, with the Clarets having picked up more points than the likes of Arsenal, Manchester City, Liverpool and Manchester United.
On the other hand, the Blues have been nigh-on unstoppable since switching formation following back-to-back defeats to Liverpool and Arsenal in September, picking up 49 of the last 54 points on offer to turn what looked like being one of the most competitive Premier League seasons ever into a one-horse title race.
Every single member of the top eight has amassed more points this season than they had at the same stage of last term, but Chelsea have set a relentless pace that others have simply not been able to live with.
Last weekend’s 3-1 victory over Arsenal had an air of inevitability about it and further showcased the gulf between Conte’s side and the chasing pack as they comfortably swept aside one of their closest challengers, with goals from Marcos Alonso, Eden Hazard and Cesc Fabregas sealing another three points at Stamford Bridge.
That result made it five wins from the last six, and 18 from the last 21, in all competitions, and even accounting for Burnley’s impressive home record this season, Chelsea will be fully confident of tallying up yet another victory today.