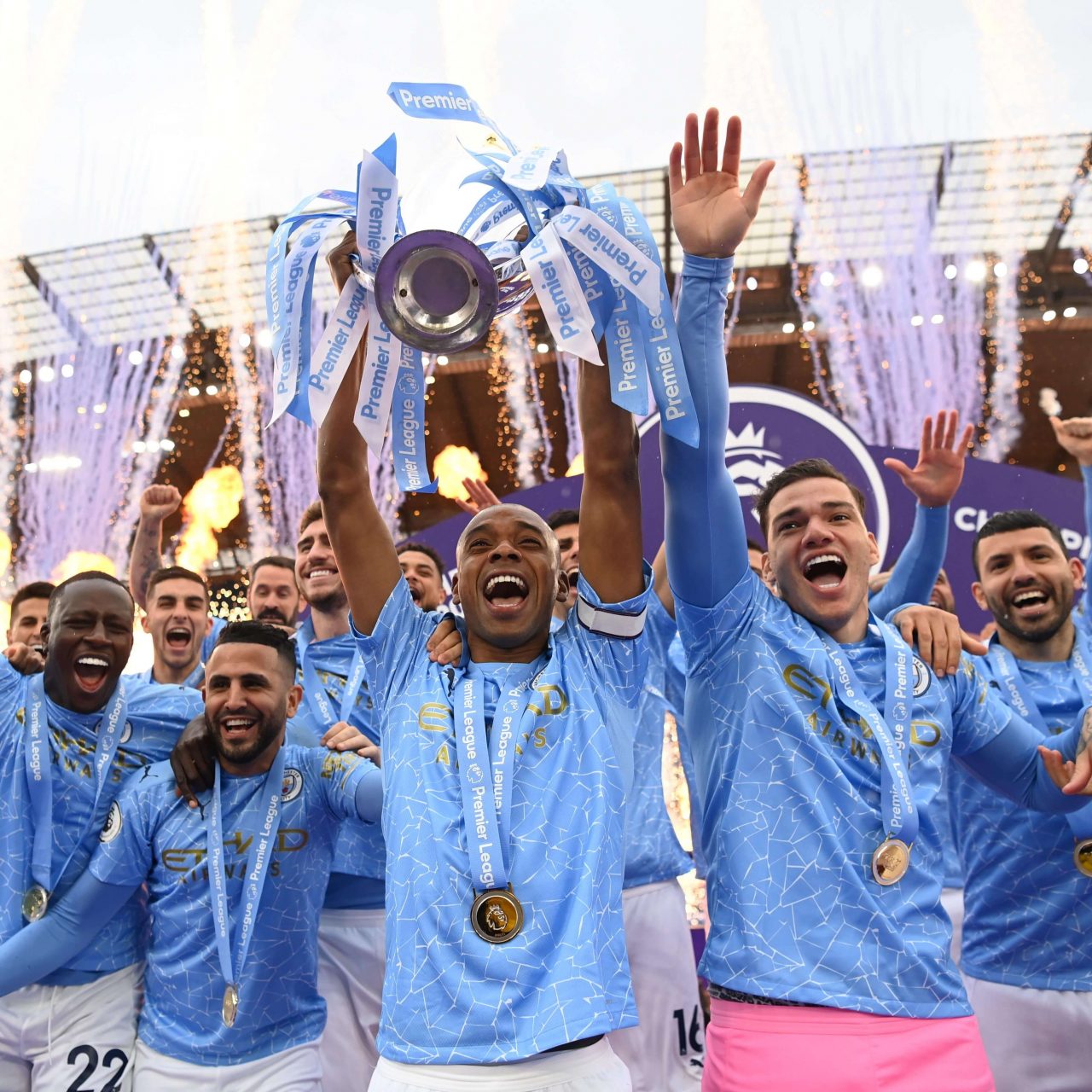 Premier League Champions, Manchester City, will pocket a whopping sum of £180 million as prize money for winning their seventh title in the history of the most populous league in the world.

The prize money was increased to £180 million after the Premier League’s broadcasting deals from 2019-20 season.

The revenues from ticket sales was drastically impacted due to coronavirus as matches were playing behind closed doors.

The last season of the Premier League sets a new record in terms of the revenue earned as this year the competition had become more intense.

The total TV income from all parts of the world is so large that even the club that finishes at the bottom position will get more than £82 million in one season.

Meanwhile, Sergio Aguero was given a standing ovation and scored twice in his final match at the Etihad as Manchester City strolled to a comfortable 5-0 victory over Everton in their Premier League finale.

The club legend bagged two in the space of six second half minutes after coming on as a substitute to a standing ovation.

Kevin De Bruyne, Gabriel Jesus and Phil Foden scored the other goals but it was all about the Argentinian.

Aguero started on the bench while De Bruyne returned to the starting line-up after sitting out the last three games.

And the South American received a guard of honour from his teammates after Everton had given the champions their own tribute.

But it was the hosts who went ahead on 11 minutes through De Bruyne.

The Belgian made space for himself before firing into the bottom corner from 20 yards.

And just three minutes later they were two goals to the good.

A quick break saw Jesus in the box with just Ben Godfrey to beat.

The Brazilian cut inside before angling the ball past Jordan Pickford.

At times it looked like men against boys and De Bruyne made Pickford work hard to keep it at just 2-0.

The England keeper needed a strong hand to keep out his effort.

But the Merseysiders then received a lifeline as they were awarded a penalty when Ruben Dias brought down Richarlison.

However, Ederson guessed the right way and saved Sigurdsson’s effort.

Riyad Mahrez nearly made it three just before the break but his shot rattled the bar.

It did not take too long for the third to come after the restart as Foden bagged on 53 minutes.

Sterling found his young teammate who made no mistake for inside the box.

Then the moment everyone had been waiting for as Aguero made his final Etihad appearance replacing Mahrez on 65 minutes.

And he did not disappoint, with a goal on 71 minutes.

Fernandinho won the ball, fed his teammate who found the bottom corner.

And five minutes later, he made it 5-0 with an unstoppable pinpoint header.