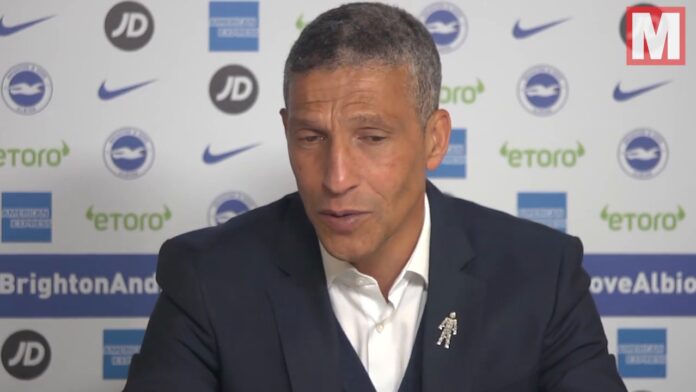 Brighton & Hove Albion take on Crystal Palace at the Amex Stadium in the Premier League early kick off this afternoon, with both sides hoping to earn bragging rights in the A23 derby.
The Seagulls have been struggling for form of late and sit just four points clear of the relegation zone, while a win for Palace could see them rise as high as 11th.
Without a win since the new year began, Brighton have been in freefall after a positive start under Graham Potter and now find themselves in a relegation scrap.
Three consecutive draws have altered the negative momentum somewhat and there would be no better way to end such a run of poor form than with a win over rivals Crystal Palace.
Potter’s team have picked up just 13 points since the start of December and with only two wins in that time, and one clean sheet, the former Swansea City boss will need to get his side back to basics.
The bulk of Brighton’s poor form has come away from home and bizarrely they are unbeaten in four home matches, although they have only won one of those games.
Palace have also been in poor form recently and secured their first win since Boxing Day against Newcastle United last weekend.
A Patrick van Aanholt strike just before half-time proved the difference and halted the club’s slow fall towards the drop zone.
Roy Hodgson’s team had lost their previous three before last weekend and have struggled in front of goal all season, hitting the net just 24 times in 27 league fixtures.
However, with 32 goals conceded they have the fifth best defence in the division and will have been boosted by the imminent return of Mamadou Sakho.
The reverse fixture between these two sides ended in a 1-1 draw after Wilfried Zaha ruled out Neal Maupay’s opener at Selhurst Park.