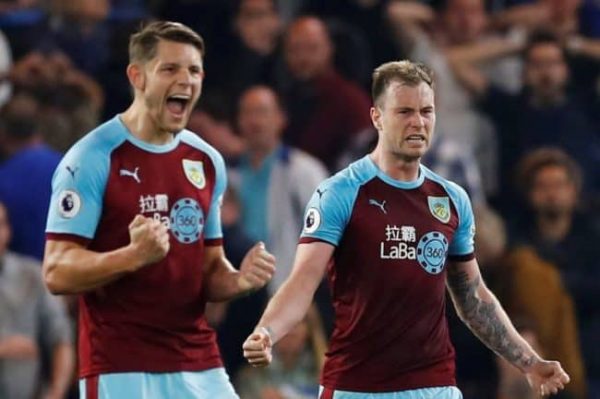 Brentford’s stellar start to their maiden Premier League campaign will continue when they travel to Burnley for the first time since August 2015 this afternoon.

Many would have expected this to have been a relegation battle at the beginning of the campaign, yet the Bees could go 11 points clear of Burnley with a win.

Coming from behind to take a point against Southampton last time out was undoubtedly one of Burnley’s best results of the season, with the Lancashire club having struggled so far.

Maxwel Cornet’s second-half goal gave Burnley only their fourth point of a lacklustre campaign and only their second on the road.

Whilst the Clarets may have escaped their sixth defeat of the season, their wait for a victory has now stretched to nine matches in the league, with Sean Dyche’s side in the midst of the longest winless run across the top four tiers of English football.

Failing to score in seven of their previous 12 games, finding the back of the net had been the issue for Burnley prior to Saturday’s draw, yet it was their defensive frailties that cost them at St Mary’s.

Cornet’s opener was cancelled out by goals either side of the break from Tino Livramento and Armando Broja, meaning Burnley have now dropped a league high of 12 points from winning positions this season.

One place Burnley have enjoyed some winning success this season is the EFL Cup, yet Lucas Moura’s second-half goal denied the Clarets a place in the quarter-finals for the first time as a top-flight club since 1975-76.

Having registered just two clean sheets in the last 12 matches across all competitions, keeping an in-form Brentford attack quiet could prove a difficult task for Burnley’s under-pressure defence.

Unlike the Clarets, Brentford have had no issues in scoring goals this season, netting in six of their nine Premier League encounters so far.

Such was Brentford’s start to the campaign, they had maintained a position in the top half of the table since opening day, only dropping out for the first time after last weekend’s defeat at home to Leicester City.

In similar fashion to their opponents today, Brentford came from behind to equalise, yet a late lapse in concentration cost them a point, as James Maddison’s goal 16 minutes from time secured a Foxes win.

Their slump would not last long though, as a midweek victory over Stoke City saw the Bees progress to back-to-back League Cup quarter-finals for the first time in their history – a statement of how far the London side have come.

Thomas Frank will be keen to see his side continue to defy the odds of history when they travel to Turf Moor today, as they are winless in matches away to the Lancashire club since December 1996.

Granted, the pair’s differing form has meant their paths have not often crossed, but Burnley can take a crumb of comfort from the fact they will head into the weekend’s clash unbeaten in their previous six encounters.

A first win of any kind against Burnley in the 21st century will be the target for Brentford, as they look to pile even more misery on a seemingly relegation-destined Clarets side.