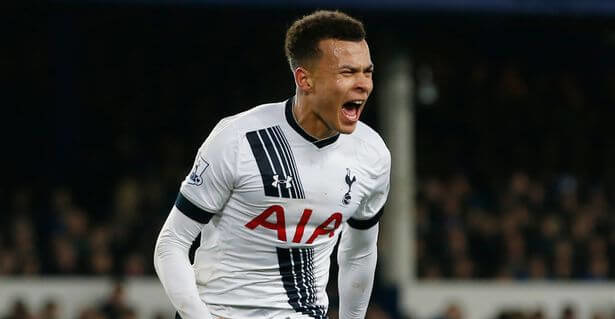 Tottenham Hotspur avoided a third straight Premier League defeat, coming back from a Chris Wood goal to earn a 1-1 draw at Burnley on Saturday, thanks to a 50th-minute Dele Alli penalty.
Burnley started aggressively and grabbed the lead in the 13th minute when a headed clearance from Eric Dier was met with a fierce drive from Jay Rodriguez, which Hugo Lloris could only parry out to Wood.
Tottenham were lacking fight as well as invention and needed a fine save from Lloris to keep out a dangerous, curling free-kick from the lively Dwight McNeil.
Spurs boss Jose Mourinho made two changes at the interval, bringing on Lucas Moura and Giovani Lo Celso and his side quickly posed a greater threat, pulling level when Ben Mee brought down Erik Lamela and Alli smartly converted the spot kick.
There were chances at both ends with Burnley sub Matej Vydra denied from close range by Lloris and Alli ending a sweeping move with a shot into the side-netting but the home side ended the stronger and will be disappointed to have ended with a single point.
The result leaves Spurs in eighth place, four points behind fourth-placed Chelsea while the draw extends tenth-placed Burnley’s unbeaten run in the league to seven games.