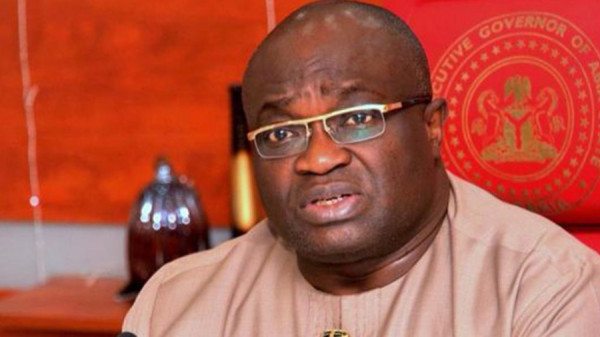 The Governor of Abia State, Okezie Ikpeazu, has said that Enyimba economic city in Aba was designed to close economic gap in the South-East and South-South region of the country.
Ikpeazu, who disclosed this on the News Agency of Nigeria Forum in Abuja, said that the private-sector-driven city was an audacious project.
He said: “The Enyimba economic city is conceptualised and designed to close the gap in terms of the economy of Port-Harcourt and Aba.
“They are two economically energetic centers in the South East and South-South.
“If we close the gap, what it means is that there is a fusion in terms of creating a new hub that can compare with what you see in Dubai today.
“I have moved on from made in Aba to make in Aba; Aba people and Abia people and Nigerians are capable of producing things.
“So, we are now saying come and make, come and produce; we have created an environment that we can say is good enough.”
He listed some of the infrastructure to be provided in the city to include a gas basin because of the abundant gas deposits in the state and a narrow gauge rail line.
According to him, the rail line will link Abonima wharf and Onne wharf in Port-Harcourt to Aba.
The governor said that the city would also have an entertainment centre, a manufacturing hub, residential areas, ultramodern hospitals and schools.
He said that the city was designed to become the most attractive and viable export processing hub in the country and give investors the opportunity to do business and export the manufactured products.
Ikpeazu said: “We are looking for 11 anchor companies and five have indicated interest; we are encouraged by the response from China and other parts of Asia.
“It is driven majorly by Crown Realities and they did the concept design and that 9,000 hectares purpose design in Singapore.
“It has one other unique factor- it is not owned by Abia state government; it is entirely a private-sector-driven business that will outlive my administration.
“We are bold to invite Nigerians to come and own a piece, it belongs to them.”
On the Ogbakwu housing project abandoned for 15 years, Ikpeazu said that the project failed because the conception was bad.