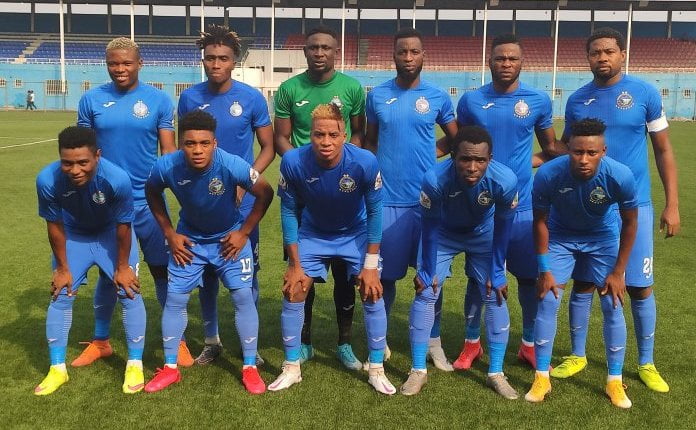 Former African champions, Enyimba, have crashed out of this year’s CAF Confederation Cup after playing 1-1 draw with Pyramids of Egypt in the return leg of the quarter-finals on Sunday in Aba.

The Peoples Elephants, who had suffered a crushing 1-4 defeat last Sunday in Cairo, exited the second tier CAF club competition on 5-2 aggregate.

Although Enyimba needed to score three goals without conceding, they instead fell behind in the 32nd minute when Pyramid’s star player, Ibrahim Adel, benefitted from a loose ball to put the visitors ahead.

Stung to life by the goal, Enyimba pushed forward in search of immediate response and they indeed achieved it as their most influential player, Anayo Iwuala, drew them level with an exquisite chip in the 40th minute.

In the second half, Enyimba created few chances as they showed no urgency to climb the mountain before them.

Instead, Pyramids, who were expected to take things easy, kept them under pressure till the end of the match.

Enyimba will now shift attention to the Nigeria Professional Football League where they are in ninth position on 31 points with four outstanding matches.