Enugu CP orders investigation on cause of fire in INEC office 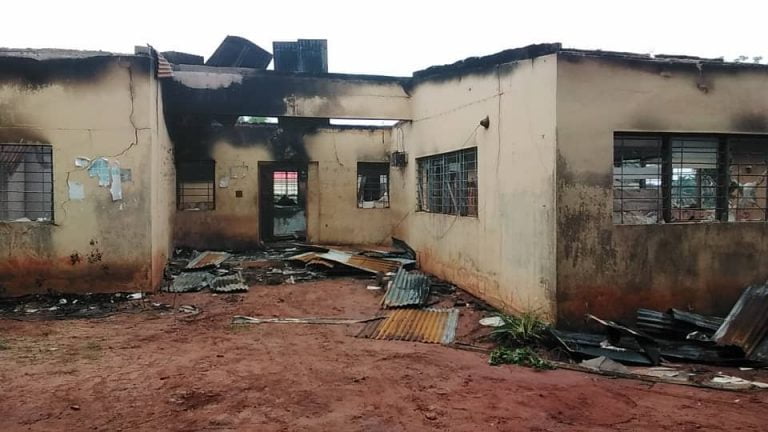 Commissioner of Police in Enugu State, Lawal Abubakar, has ordered a thorough investigation to unravel the cause of fire outbreak in INEC office in Igboeze North Local Government Area of the State.

This is contained in a statement issued by the Police Public Relations Officer (PPRO), DSP Daniel Ndukwe, in Enugu on Monday.

It would be recalled that fire outbreak at Igboeze North Local Government Area’s INEC office, located at Ogurute in Enugu-Ezike community of the council, occured at about 11pm on Sunday, July 3.

He said that the fire might have started from the back of the building.

He noted that the fire was put out by police operatives that mobilised to the scene on receipt of the information, with assistance from personnel of Enugu State Fire Service, thereby averting further damages within the vicinity.

“Consequently, the CP has assured that the command will do all it can to unravel the cause of the incident and take necessary action.

The commissioner also enjoined residents of the area to support the police with credible information and intelligence in the ongoing investigation.

The PPRO said that the area had been cordoned for preservation and further investigation.

Meanwhile, INEC says some gunmen on Sunday set ablaze its office in Igboeze North Local Government Area and destroyed about 748 ballot boxes and 240 voting cubicles in the process.

Festus Okoye, INEC National Commissioner in-charge of Information and Voter Education, disclosed this in a statement issued Monday in Abuja.

“The attack happened at about 11:48pm on Sunday, July 3. The arsonists overpowered the security guards, forced their way into the premises and set the building ablaze.

“Although no casualties were reported; 748 ballot boxes, 240 voting cubicles, office furniture and equipment were destroyed in spite of the best effort of the Enugu State Fire Service deployed from Nsukka.

“The Commission is working to ascertain the status of voter registration machines for the ongoing Continuous Voter Registration (CVR) and uncollected Permanent Voters Cards (PVCs) locked up in the fireproof cabinet.

“The incident has been reported to the Nigeria Police for investigation and further action.

“The attack, coming in the middle of the voter registration exercise and other preparations for the 2023 General Election, is worrisome,” he said.

It would be recalled that on May 23, 2021, INEC office in Igboeze South Local Government Area was attacked in a similar manner by unknown gunmen.

This followed earlier attacks on Udenu Local Government Area’s INEC office on May 13, 2021 and the State Headquarters in Enugu on May 16, 2021.

The commission has since substantially recovered from these attacks and resumed normal activities there, including the ongoing CVR and collection of PVCs.