Leading practitioners in the entertainment industry, including the veterans, A-listers and the up and coming in movies, music and comedy genres have endorsed the All Progressives Congress candidate, Babajide Sanwo-Olu, and his deputy, Dr. Obafemi Hamzat, for the coming general election.
The practitioners, include Prince Jide Kosoko, during a solidarity visit to the APC candidate and his deputy at their campaign office in Ikoyi, promised to mobilise their fan base and the general populace to vote for Sanwo-Olu because of his capability and experience.
The creative industry professionals used their visit to present some of the challenges the sector is facing to the APC candidate, imploring him to solve them for the growth of the sector that has been a major contributor to the national Gross Domestic Product.
They identified security, access to public buildings such as hospitals, schools, airport, Police Station, Military Barracks and other permits as some of the operational issues they struggle with while shooting their movies and music videos in Lagos.
They urged Sanwo-Olu to also look at how payment of tax can be made friendlier in Lagos for them, adding that the Lagos Internal Revenue Service often charges them arbitrary taxes because of their celebrity status.
Kosoko specifically pleaded with Sanwo-Olu to appoint one of them into a senior position in his government.
He said: “We have very highly educated people among us and I want to charge you to appoint one of us into your government when you win the election by the grace of God.
“If we have one of us in your government, he or she will represent us and our interests well.
“We are for you and APC in Lagos and we will support you to win this election.”
In his response, Sanwo-Olu appreciated the endorsement of the entertainment practitioners and promised to work with the industry to boost its capacity as a major contributor to the growth of the economy of Lagos and Nigeria as a whole.
He said: “I am very happy to see many of you here in flesh and blood, especially our veterans like Oga Jide Kosoko and Oga Bello.
“Those days before the age of internet when we see you on television, we look forward to meeting you.
“You inspired us and entertained us.
“The purpose of this interaction is to know the issues that are important to you that you want government to address.
“We want your input so we can plan.
“I appreciate your endorsement and support.
“It means much to me and my deputy, Dr. Obafemi Hamzat.
“Let me assure you that by the grace of God when we get to office, I will appoint one of you into a senior position as requested by Prince Kosoko and beyond appointment, we will, through policies and necessary structure, provide enabling environment for you to thrive and do your job well.”
While speaking at the event, Dr. Hamzat also reiterated the significance of the creative economy and Lagos as the centre of entertainment in Africa.
He said: “It is actually a stupid government that will ignore a sector as yours that is contributing to the GDP like our in-coming Governor, by the grace of God, has said.
“We will provide the leadership that will make the industry to grow.”
Other members of the delegation from the film industry included Adebayo Salami (Oga Bello), Ebun Oloyede (Olaiya Igwe), Taiwo Hassan (Ogogo), Rachael Oniga, Yinka Qadri, Lanre Hassan (Mama Awero), Chico Ejiro, Fred Amata, Muka Ray, Sola Kosoko, Ik Ogbonna, Alex Ekubo, Femi Branch, Iyabo Ojo, Ayo Badmus and Lilian Bach.
Musicians among them included Wasiu Alabi (Pasuma), Daddy Showky, Owen G, Sound Sultan, Ozy Bosco (kid musical sensation), Muma Gee, Olisa Adibua and MC Lively. 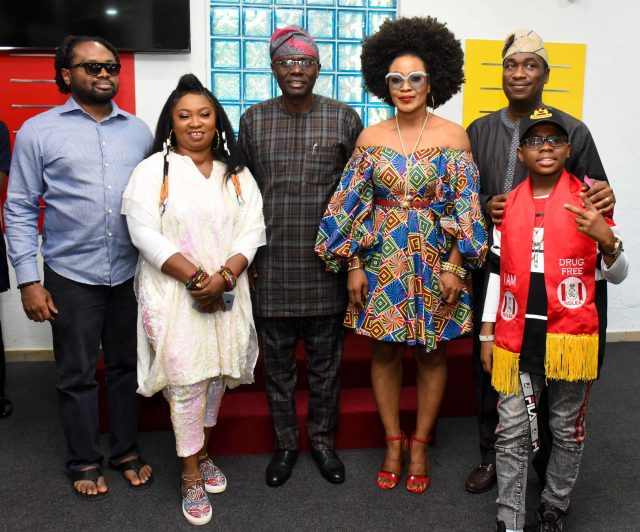 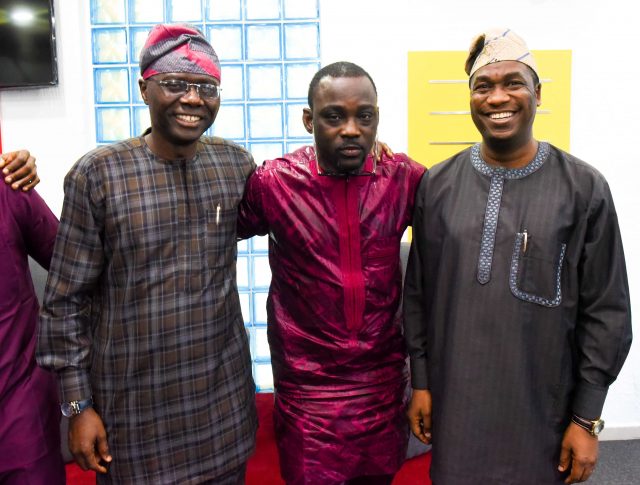 House of Reps to FG: Reverse decision on 2020 WASSCE

Tales as Nigerian ladies trafficked to Lebanon return, with some pregnant