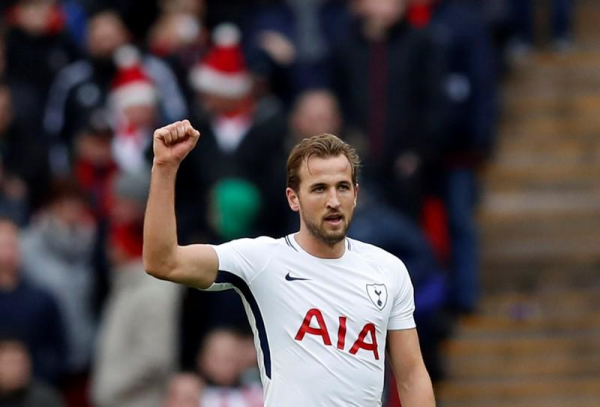 Harry Kane scored his 12th goal of the campaign as England secured a place among top six seeds for next year’s European Championship with a flattering 4-0 win in Kosovo in their final qualifier on Sunday.
England were in second gear for much of the match after Harry Winks had put them ahead in the 32nd minute.
However, goals by Kane, Marcus Rashford and Mason Mount in the latter stages secured yet another big win and took their goal tally to 37 from their eight qualifiers.
England, already assured of a place at the finals, finished top of Group A with 21 points, their only blip being last month’s 2-1 defeat in the Czech Republic, who have qualified as runners-up.
In their first Euros campaign since being recognised as an independent nation, Kosovo finished third on 11 points.
Their chances of automatic qualification disappeared after a 2-1 defeat by the Czechs on Thursday but they could advance via the playoffs.
England took a while to impose themselves on the game but eventually broke through thanks to Winks.
Alex Oxlade-Chamberlain slid a pass into the path of Winks who was given all the time and space he needed to slot it into the bottom corner for his first international goal.
Two months ago England led the corresponding home fixture 5-1 at halftime.
But this time, their somewhat sloppy display, short on intensity and with several squad players not grasping their opportunity having being given a start by Gareth Southgate, left them way short of those levels.
Kosovo, who exposed England’s defence a few times in their 5-3 loss in September, were less threatening but Amir Rrahmani headed wide early in the second half.
Kane, who got a hat-trick in Thursday’s 7-0 thrashing of Montenegro, hit a post after an hour but was on target in the 79th minute with a sharp shot after Kosovo failed to clear a Raheem Sterling cross.
His 12th goal made him the leading scorer across the competition and the first England player to score in every match of a qualifying campaign.
Sterling, back in the side after his one-match ban for attacking team mate Joe Gomez, was the provider again three minutes later for Rashford, who scored with a neat first time shot.
Substitute Mount then claimed his first England goal in stoppage time, cashing in on another defensive error and a neat pass from Kane.
“It’s a dream come true to score for my country,” said Winks, who enjoyed playing in a more attacking midfield role.
“To score and also with the way we were playing as well, it’s a great moment for me.
“I like to consider myself as someone who can play in pivot or as a number eight as well.
“I like both, it’s difficult to say what I prefer so as long as I play for England that’s all that matters.”
Reuters/NAN.