The oldest edifice of the Nigerian judiciary – the High Court of Lagos State in Igbosere – has become a ghost of itself.

Its unique architectural design has been tarnished, coated with smudge of soots.

Its roof blown off flames, courtrooms littered with charred remains of files and wood charcoals.

The desecration of the court depicts, in part, the proportions of Wednesday attacks on public assets and private property in Lagos.

The destruction was instigated by the mayhem that resulted from the protests against brutality committed by operatives of the disbanded Special Anti-Robbery Squad, aptly tagged: #EndSARS.

Recovering from the shock wave in the aftermath of the arson, Governor Babajide Sanwo-Olu activated the process of healing the State from the large scale destruction.

From the early hours of Friday, Sanwo-Olu moved round the State on an inspection of the assets destroyed by the arsonists, taking stock of losses to the Government and private businesses.

The Governor stood in disbelief at the sight of the proportions of destruction wreaked by hoodlums, who took advantage of the #EndSARS protest to destroy and loot.

Sanwo-Olu, who was joined by the Deputy Governor, Dr. Obafemi Hamzat, and some members of the State Executive Council, stopped at every community affected by the violence, preaching peace and assuring residents that the Government was on top of the situation.

At the headquarters of Ajeromi Ifelodun Local Government Area in Ajegunle, all that was left in the premises was the charred remains of the vehicles and office materials torched by the hoodlums.

The imposing council’s secretariat was completely vandalised before it was razed.

Ajeromi Police Station, located in front of the council, was also razed.

The barracks behind the station was not spared.

Sanwo-Olu sympathised with the policemen attached to the station and their families, who are now rendered homeless.

It was a traumatising moment for the Governor when he visited the vandalised palace of the Oba of Lagos.

Received by the palace chiefs led by Erelu Kuti of Lagos, Chief Abiola Dosunmu, Sanwo-Olu reeled in shock as he moved round the ravaged chambers in the palace built centuries ago.

The Governor visited 27 locations across the State where Government assets and private properties were destroyed and physically assessed the level of the vandalism.

Sanwo-Olu described the arson attack in Lagos as “coordinated wanton destruction”, saying it would take the State many decades to recover from the devastation.

He said: “My heart bled after I went out today for a first-hand assessment of the destruction of assets of the Government and private properties.

“The level of destruction observed indicated that the violence was more than just a peaceful protest and agitations for police reforms.

“The proportion of the devastation is a lot.

“Moving forward from the destruction, we have to continue the process of healing ourselves.

“We need to stop some of our citizens still using the social media to instigate or incite the people.

“It will not be under my watch that we will lose the city that has the largest economy in the entire black nation.

“I have moved round and I saw that our people want peace.

“On this, we are committed to bringing lasting peace back to the State.”

The Governor disclosed that the Justice Doris Okuwobi-led Judicial Panel of Inquiry and Restitution set up last Monday to investigate human rights violations by SARS operatives has had its terms of reference expanded to also investigate the circumstances that led to the shooting of protesters at the Lekki Toll Plaza on Tuesday evening by soldiers.

The panel, Sanwo-Olu said, will start its sitting next Monday at the Lagos Court Arbitration Centre international in Lekki.

The Governor urged members of the public to send their petitions and evidence on the Lekki incident to the panel investigation.

Having assessed the situation in the State Sanwo-Olu ordered the relaxation of the ongoing curfew, permitting movement and business activities from 8am to 6pm.

He said: “I have consulted with various formations of security agencies.

“We have gone round the State to gauge the situation.

“We still have pockets of insecurity that we need to deal with and these are isolated cases which we are trying to bring to full normalcy.

“We have decided we will be easing the curfew from tomorrow (Saturday) morning.

“Residents will be allowed to go out from 8am to 6pm.”

The Governor urged residents to go about their businesses without fear, pointing out the workers of the Lagos State Waste Management Authority had been deployed to clear burnt materials off the roads.

The Governor also visited Reddington Lekki Hospital, where some of the injured protesters were admitted after the shootings.

All admitted persons had been discharged.

Sanwo-Olu was also at the razed BRT Station in Berger and Oyingbo BRT Terminal, where over 80 brand new buses were burnt. 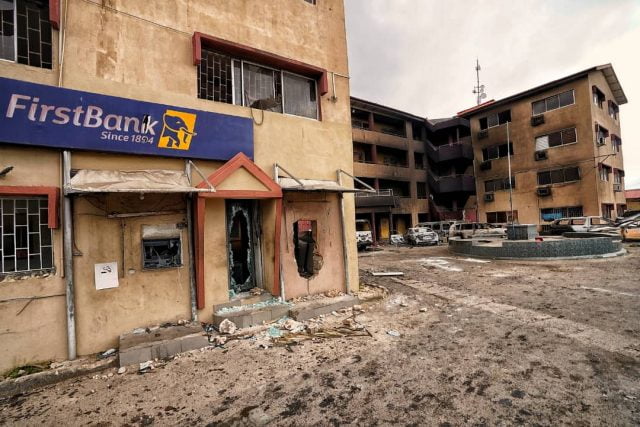 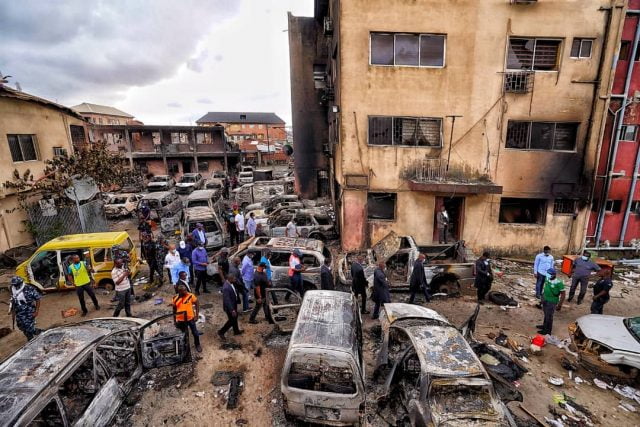 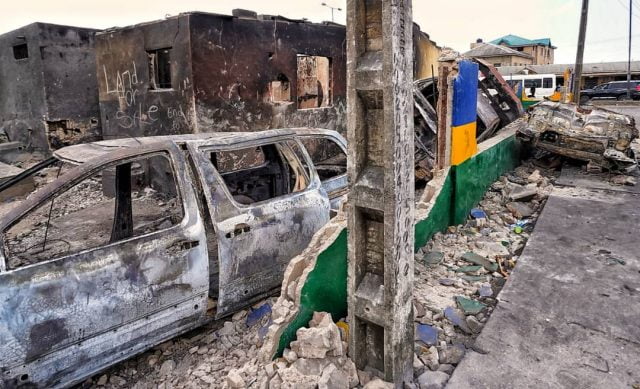 Prisons gets new Controller in Edo

Over 16,800 illegal migrants have returned to Nigeria – IOM