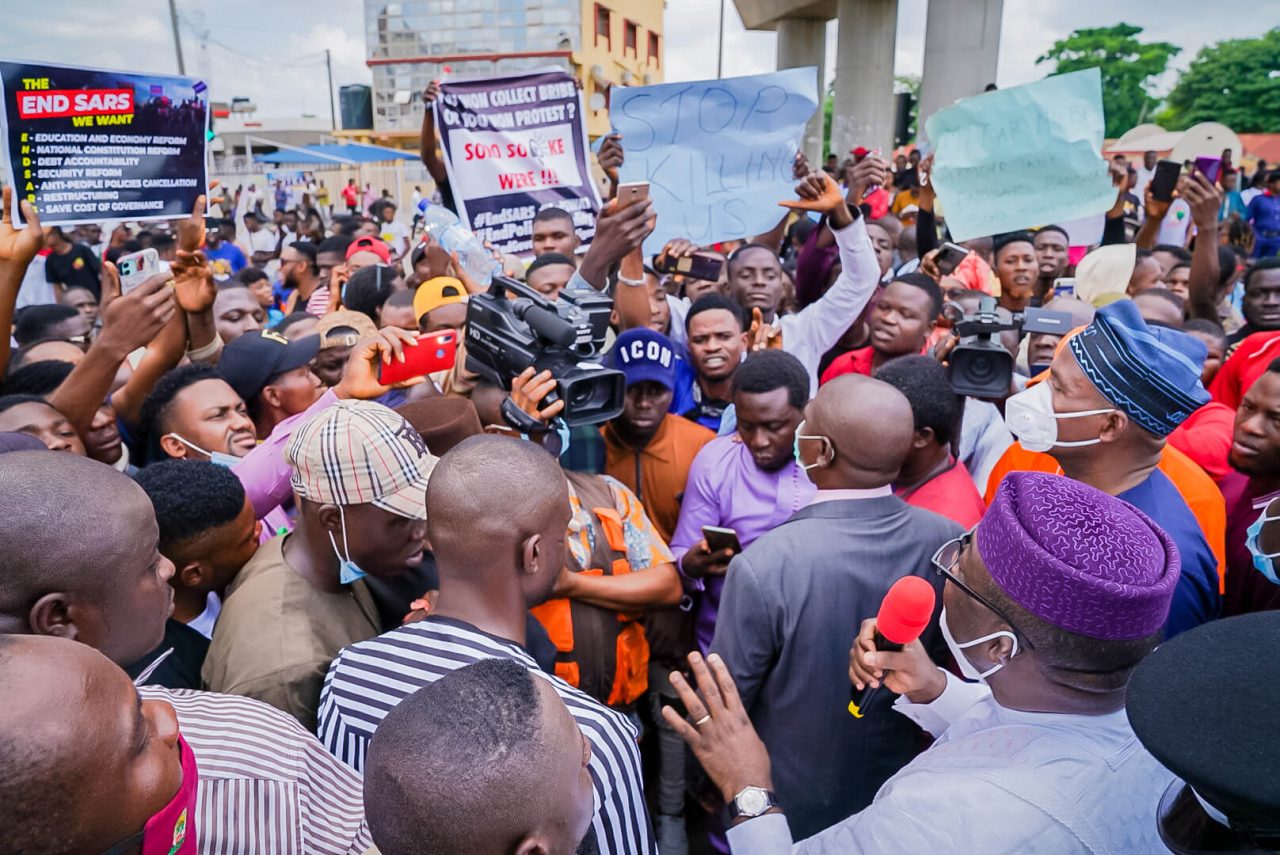 #EndSARS protesters in Benin, Edo State on Tuesday apprehended some suspected hoodlums who broke into shops under the guise of the peaceful protest by its members.

The hoodlums broke into shops between UNIBEN and UBTH and were about to cart away goods worth thousands of naira when they were caught.

The EndSARS protesters, who apprehended the suspected hoodlums took the four-man gang to Ugbowo Police Station for proper investigation, but were rejected by the police officers on duty.

The police officers advised the #EndSARS protesters to take the suspects along with them and the stolen items recovered to the state police headquarters because they were working on instruction not to arrest any suspects.

A police officer, who pleaded anonymous said the reason for their action was not unconnected with the burning down of two police stations by hoodlums during the EndSARS protest in the state on Monday by suspected hoodlums.

He said some hoodlums during the protest had earlier stormed the police division demanding to know if any suspect was in detention in their cell and threatened to set the station ablaze.