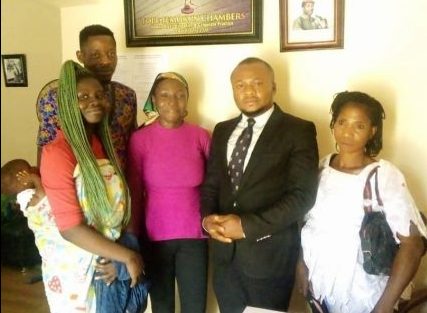 One of the #EndSARS protesters, who was arrested on October 22, 2020, Bukunmi Ayodele, has regained her freedom eleven months after detention.

Tope Temokun, counsel for Ayodele, made this known on Thursday in a statement in Abuja.

“Today, being the 5th of August, 2021, Bukunmi Ayodele just regained her freedom, after spending 11 months in prison.

“In this way, Bukunmi joined the league of Nigerian youths who have sacrificed their freedom in order that Nigeria may be free,” the lawyer said.

According to him, “the case of this #EndSARS detainee who was arrested on the 22nd of October, 2020, alongside Kemisola Ogunniyi, was one of the public interest cases we took up in public interest towards the end of the first quarter of this year 2021 after being abandoned in prison for many months.

“Bail was granted Bukunmi on the 8th of July, 2021. But the perfection of her bail conditions of N1 million and one surety in the like sum could not come through so easily, for a child who has almost nobody except her poor mother.

“She regained her freedom this evening after we perfected her bail conditions,” he said.

On behalf of Bukunmi Ayodele, the lawyer said, “I wish to express sincere gratitude to the Nigerian people for their outcry and moral support shown when the case came to the public domain.

“Special gratitude to Omoyele Sowore  for his passionate intervention at all critical intersections in our collective fight for a just society where the child of nobody could have a voice and a stand.

“Today, we bought new clothe to cloth Bukunmi Ayodele as she dropped her green prison uniform of 11 months.

“Bukunmi will need assistance of those whom God is willing to use for her, to get back on her normal life.

“She was engaged before her ordeal. She suffered miscarriage in prison and has carried through her condition of post-miscarriage complications without any medical aid till her release,” the lawyer said.