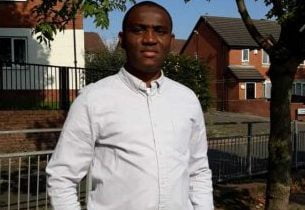 A United Kingdom-based Nigerian sociologist and police expert, Dr. Aminu Musa Audu, has stated that policing is undergoing a trying moment in Nigeria following the ongoing #EndSARS mass protests in the country.

This was contained in a statement by Audu, made available to The Eagle Online.

The statement reads: “Policing is about inter-section of behavioural patterns of the state organised professionally to protect the lives and property of citizens and to prevent and control crime problem.

“Honestly, policing as an instrument of government to enforce laws and regulations social control is undergoing a trying moment in Nigeria.

“I understand that in recent years, the incidence of armed robbery and kidnapping have become alarming in Nigeria.

“Movement of people from one geographical location to another, transacting businesses and other legitimate dealings are increasingly becoming difficult.

“The Unit in Nigeria Police Force will continue to be relevant as long as there are disturbing incidences of armed robbery and kidnapping in Nigeria.

“This problem has come to a stage that the public has almost lost confidence in the ability of the police to withstand the violent disposition of kidnappers etc.

“Soldiers who were trained to face wars and external aggressors are mobilised to the forefront to indirectly take the jobs of policing and other roles connected to the internal security of the country.

“In this peculiar situation, the creation of SARS/SWAT as a unit of the police was inevitable.”

Audu also said the basis for enabling the structure to achieve intelligence gathering and useful information from the populace is abysmally lacking in the policing institution.

He said: “The problem is that because the basis for enabling the structure to achieve intelligence gathering and useful information from the populace is abysmally lacking in the policing institution, SARS as a unit of the police force was unable to differentiate between armed robbery and kidnapping suspects from law abiding and innocent citizens.

“The problem is about police brutality premised on seemingly obsolete training components with its dangerous implications on fundamental human rights and dignity.

“Brutality is ironically an instrument used to unduly command respect from their victims and feelings of superiority over another.

“It is another means that some of them use to perpetrate corruption because money must exchange hands to avoid impending embarrassments often faced in the hands of Almighty brutal forces.

“Given the obvious evidence of brutality meted on victims on daily basis, the police leadership must not wait for a mass protest of this nature to do the needful. In this era of democratic governance, the citizens deserve the best form of decency from their security providers.”

Audu further remarked that police brutality to some extent is a reflection of society.

He said: “However, the culture of brutality cuts across the police and citizens. An average Nigerian takes pleasure in the cruel use of resources at disposal to intimidate fellow citizens at the slightest opportunity.

“Research findings have demonstrated that in almost every Local Government Councils or communities in Nigeria, there are status-seeking people in vogue, whose life fulfilments revolved around the ability to befriend or bribe every Divisional Police Officer or military officer newly posted to their areas.

“Their motives not to utilise closeness to facilitate crime prevention and control but a strategy to boast around and prevail on their ‘friends’ in uniforms to oppress fellow community members.

“This kind of uncivilised actions are often carried out at grassroots levels not minding negative consequences on the police image and credibility.

“The value system of many people in Nigeria, whether or not in uniform, are not patterned in favour of appropriate behaviour to live by rule of law.

“The lifestyles and preferences of individuals are polluted with impunity at various social hierarchies in Nigeria.

“Whilst the ongoing end SARS mass protests across the country are in line with the ethos of democracy, as obtainable in many advanced economies, it is important to note that not all of the protesters are with genuine motives, as some of them might be sponsored by too ambitious politicians, ethnic/primordial champions as well as saboteurs to wreak unnecessary havoc and as a means to mount pressure on the government to listen to dubious demands in the polity.

“Indeed, there are a number of highly difficult bridges to cross in the country’s quest to practice community policing. Nevertheless, all hope is not lost.”

Speaking on the way forward, Audu said it requires a consistent and sincere commitment by all stakeholders, including the undiluted patriotism of the entire citizenry.

He said: “Meanwhile, I trust that community policing will address all forms of police brutality in Nigeria because it holds the key to intelligence gathering mechanisms.

“In the light of empirical proofs, Ochamalienwu (Squirrel Whining) Theory Of Community Policing has provided sustainable explanations about the nature, dynamics, risks and pathways to community safety and security concerns.

“Whilst the current efforts of the Nigerian government and the police force in particular to establish a purpose-driven community policing system is commendable, it required consistent and sincere commitment by all stakeholders, including the undiluted patriotism of the entire citizenry.

“Although, this brand of community policing must be understood and accurately practised in the context of the newest research orientations for desired results, it depends on the pattern of training and governance strategies made available to the security system by those in the position to deliver on it in Nigeria.

“Government cannot afford to be making mistakes because making avoidable mistakes and errors in the community policing implementation process could be taken as a deliberate ploy to put the lives of people on the line.”