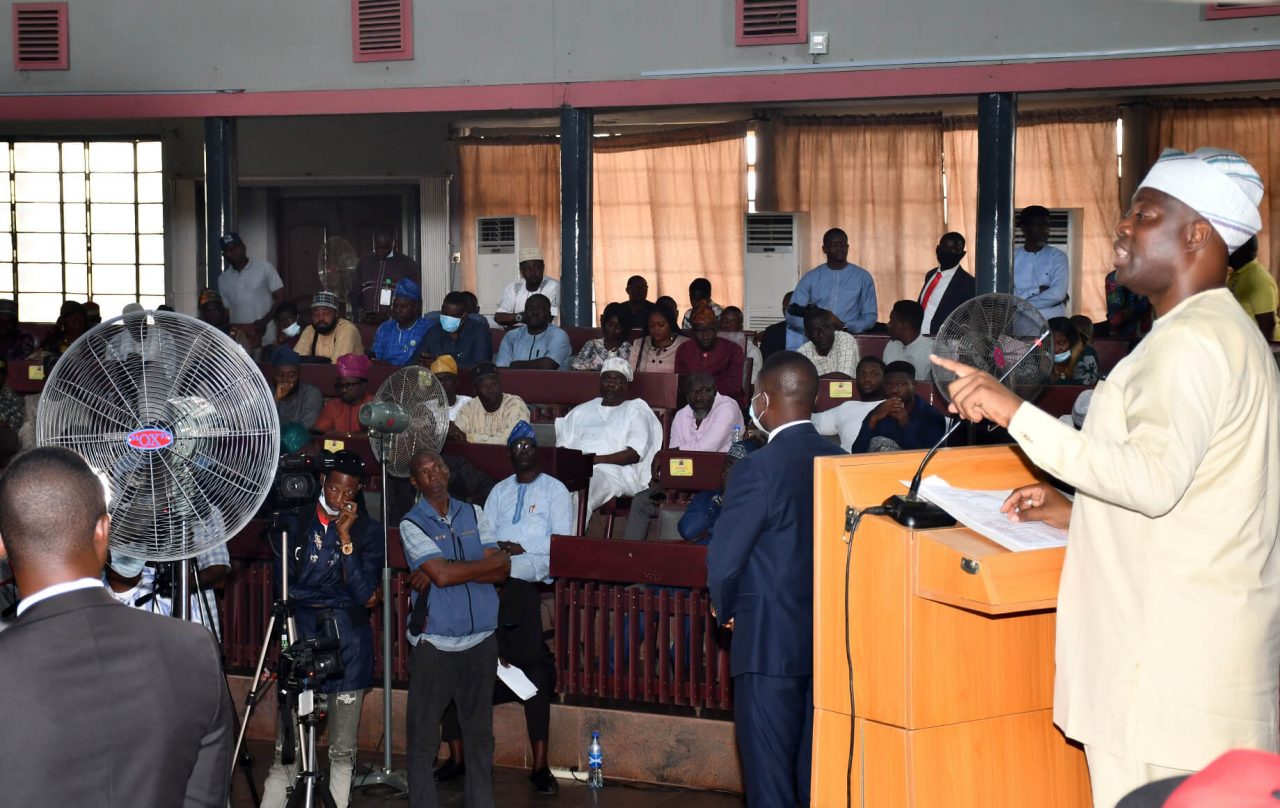 The Oyo State Governor, Engr. Seyi Makinde, on Tuesday, met with artisans, drivers and representatives of youth groups where he charged residents of the state to work together with the state government to bring back enduring peace in the state.

The governor, who stated this at the meeting held at the House of Chiefs, Secretariat, Agodi, Ibadan, where he equally met representatives of #EndSARS protesters, said every resident has a duty to ensure peace because “the opportunity to go about our businesses and activities must be protected”.

He said the meeting was to ensure the buy-in of all stakeholders to ensure that the Police return to their duty posts immediately.

According to him, a society without security is heading towards anarchy.

A statement by the Chief Press Secretary to the governor, Taiwo Adisa, quoted Makinde as saying that despite the recent protest against Police brutality and demand for a better country, which he said was a worthy cause, people must know that the Police and the people would have to come together to build a better society together.

He said: “Our Police will come back now.

“Somebody talked about State Police.

“Well, that is a constitutional issue.

“We are putting the request forward because members of the State House of Assembly are here.

“But while we are waiting for that, Oyo State has passed a law for the operation of Amotekun.

“Only yesterday (Monday), I signed off for them to immediately recruit 1,500 personnel.

“They have conducted an interview and I am sure that that personnel will start their training by the 1st of November and we will have the passing out for them about the 15th of November.

“We have 351 wards in Oyo State and I give you the assurance that you will see an Amotekun operative in all the wards in the state.

“They will work hand in hand with the Police authority, but they will also report to me directly.

“And I will take the responsibility for their actions.

“If any Amotekun operative in any corner of Oyo State behaves unruly, hold me accountable.

“So, I want you all to go back, support our traditional rulers.

“Let the people know that both the Police and the people have to come together, work together and build a better society together.”

The governor, who also stated that the state government decided to set up platforms for reporting police brutality and right abuses, said the measure would fast-track the job of the Judicial Panel of Inquiry, which he said will be inaugurated next week.

He stated that 46 persons have so far reported infractions and rights abuses, adding the representatives of the youths and artisans will serve on the panel of inquiry.

Governor Makinde also said in order to ensure accountability, the government had decided that representatives of youth organisations and the artisan groups present would also serve on the panel that will oversee the disbursement of the N500 million Victim Compensation Fund for victims of Police brutality and his administration’s N500 million for Micro, Small and Medium Enterprises support fund for youths.

He said: “I have listened to the #EndSARS representatives and also listened to that of the artisans, okada riders and Micra operatives.

“One thing that came out of the presentation you made is: the government will come and go but our state will remain.

“So, I will say it is not how long but how well.

“What can we do to ensure we are doing the right thing in our state and environment?

“The peace, security and the opportunity to go about our businesses and activities must be protected.

“And that is why I have called this meeting.

“We need you, the artisans, okada riders, youths and even the EndSARS protesters, to come together and protect our state and tackle the challenges before us.

“That is why I called this meeting to seek your buy-in; to have you take ownership of the policies that we are rolling out and to also make you part of that process.”

According to Makinde, the demographics in the state and the country show that youths are much and some of them are well-read, noting that the government has to engage them and that this is what his government stands for.

He said: “As we are expanding our economy, a lot more people will be taken from poverty to prosperity.

“We have made the plans, put some things together but we only need your cooperation to have that done.”

He assured taxi drivers and motorcycle riders that their request for mitigation of offences as well as the request for tax certificates have been received, adding that the state government would standardise their operations and ensure a better working environment for them.

The governor added: “I need to also tell you that at Gate, there is a programme we are organizing for the Okada riders.

“Any money we collect from you Okada riders and Micra operatives will be accounted for and we will plough it back to make things better for you.

“The project will be completed very soon, maybe in a few weeks’ time.

“Once we have ourselves organized, our problem is half solved.

“The youths asked for a sense of belonging, but I already addressed it.

“Concerning the N500 million I earmarked, you will be a part of the people that will monitor the disbursement.”

While speaking at the event, the Speaker of Oyo State House of Assembly, Rt. Hon. Debo Ogundoyin, said that youths needed to be involved in politics to ensure things run properly.

Former Commissioner of Police in Lagos State, who is also the Special Adviser to the Governor on Security, Fatai Owoseni (retd), asked the youths to constructively engage the system, adding that they cannot be complaining about police brutality and extrajudicial killing while also perpetrating the same wrongdoing.

“2023 is very close, let’s register to vote and use our votes to make Nigeria a better place,” the retired Police Commissioner said.