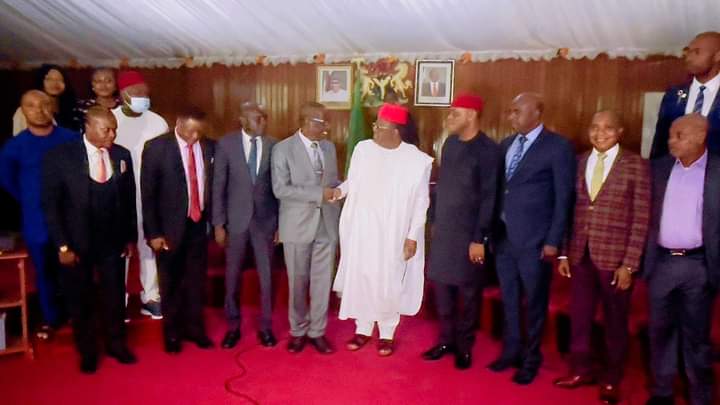 The Judicial Panel of inquiry into complaints of extra-judicial killings and human rights violations in Ebonyi State during the EndSARS protests has recommended over N100 million as compensation for victims.

The recommendation was contained in the panel’s report submitted to Governor David Umahi during the Executive Council meeting on Wednesday at the Government House, Abakaliki.

Presenting the report, the chairman of the panel, and former Chief Judge of the state, Justice Alloy Nwankwo, explained that a total of 71 petitions were received by the panel, out of which it heard and determined 51, while 20 petitions were either struck out or abandoned or withdrawn for want of diligent prosecution.

He further noted that cases that were found to be pending in courts were also struck out as the panel did not have the power to venture into such matters, which are sub-judice. Also, petitions that were found unmeritorious and viewed as “gold digging” were dismissed while recommendations were made in deserving ones.

Nwankwo explained: “The total compensation recommended by the panel is N189, 200, 000 only.

The governor at the event also received the report of the Visitation Panel of Enquiry on Ebonyi State University submitted by its chairman, Professor Celina Okoh.

Oko expressed hope that the report of the panel set up by the governor on 11th June, 2021 would help reposition the university for greater efficiency.

Oko said: “The panel is hopeful that the recommendations will go a long way in helping the state government to reposition Ebonyi State University to continue to be among the best universities in Nigeria.”

Receiving the reports, Governor David Umahi commended the panels for their results, promising to look into their recommendations after due deliberations with the members of his executive council.

Earlier in an opening remark, the Commissioner for Justice and Attorney-General, Cletus Ofoke, had explained that the panel was inaugurated on October 20, 2020, following the recommendations of the National Economic Council headed by the Vice President, Professor Yemi Osinbajo, on ways forward after the youth EndSARS protest in Nigeria, which later turned awry.

Part of the panel’s terms of reference were to receive and investigate complaints of police brutality, human rights violations or related extra-judicial killings in Ebonyi State; evaluate evidences presented/surrounding circumstances as well as draw conclusions on the validity of such complaints and recommend compensations, other remedial measures where appropriate.