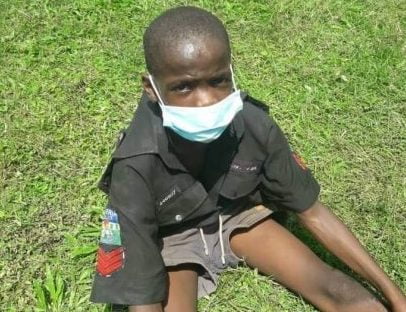 An 11-year-old boy has been arrested in Benin, the Edo State capital, for taking part in the attack on a police station by hoodlums who hijacked the #EndSARS protest.

The boy was arrested in the uniform of a Police Sergeant, which was believed to have been taken from the attacked police station.

According to available information, the hoodlums attacked the Oba Market Road Police Station in Benin City during the #EndSARS protest.

Shortly after the attack, the young boy was spotted wearing a police uniform in Evbuotubu area of Benin City.

He was immediately arrested.

The police said he will be arraigned in a juvenile court soon.