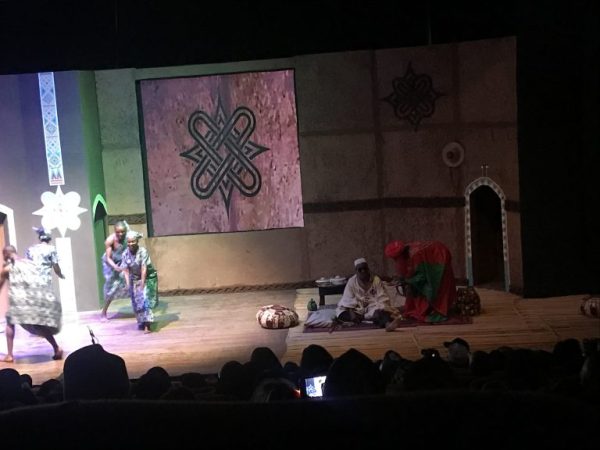 Prominent Nigerians have applauded the high quality production of a stage play: “A Truth in Time,” to celebrate the time and life of Emir Sanusi.

The play was written by Ahmed Yerima, a Professor of Drama at the Redeemer University, Ede, Osun State.

It was produced by Joseph Edgar, Executive Chairman, Duke of Somolu Productions.

“Telling the story from the perspective of the (palace guard) Dogaris was brilliant.

“The use of English and the conversation was brilliant.”

Also commending on the cast and crew was the former Minister for Trade and Commerce, Atedo Peterside.

He said: “ ery good, well done, historical, also futuristic, and finally it helps to tell a story of the generation.

“The younger generation can learn a thing or two about the Emir and what he stands for. ”

In his remarks, Edgar said that the decision to do a play about Sanusi, a 1976 Kings College alumni, was because of his doggedness, courage and his love for the girl-child and equality among men and women.

He said: “Some people from both the ruling party and the opposition will call us and give us money so we can have a stage production in their honour, but we refused.

“We believe in what the Emir stands for, his principles, Emir is fearless, he speaks for the voiceless.”

The News Agency of Nigeria reports that the two-day stage play held simultaneously on Saturday and Sunday in Lagos and Abuja.

Emir Sanusi 11 was crowned on June 8, 2014 an dethroned on March 9, 2020 by Governor Abudullahi Ganduje due to criticism against government and some of its policies.