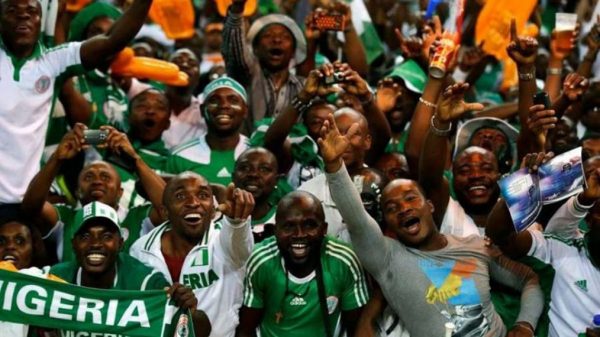 Emir of Bauchi, Alhaji Rilwanu Adamu, has urged the Super Eagles to display the resilient Nigerian spirit and win the Africa Cup of Nations trophy in Cameroon.

He gave the charge on Sunday when the leadership of the Nigeria Football Supporters Club paid him a courtesy visit.

The visit was before the cheer leaders left for Cameroon to cheer the Eagles to victory.

The News Agency of Nigeria reports that the 33rd AFCON, which got underway on Sunday in Cameroon with 24 teams vying to lift the coveted trophy, will end on February 6.

The royal father told NAN that the emirate and the good people of Bauchi were solidly behind the team as they begin their quest for a fourth AFCON title.

Adamu said: “Let me say that we are all behind our Super Eagles.

“We urge them to make us proud in Cameroon.

“Our prayer is that they go all the way to the finals and win the AFCON cup for us Insha Allah.”

The Emir thanked the NFSC for the visit and making Bauchi their convergence point before departing for Cameroon.

“Let me show my appreciation and how delighted I am for considering our state to host this important visit before leaving for Cameroon to cheer our Eagles to victory,” he said.

In his response, Samuel Ikpea, NFSC’s National Chairman, said the visit to Bauchi was expedient in view of the state’s massive love for football and sports generally.

Ikpea said the NFSC, which was founded 66 years ago by football loving Nigerians, has been giving massive support to the Eagles wherever they travelled to across the world.

“Our primary assignment is to support all our national football teams and cheer them to victory whenever they are participating in any tournament,” he said.

The national chairman said the association currently have functional chapters in more than 24 states of the federation and also presence in Africa, Europe, South America and the US.

“Our structure is unmatched and the best in the world and the NFSC has been recognised by FIFA as the best behaved supporters club in the world,” he said.

Ikpea said the NFSC will be storming Garoua as from Sunday to give the Super Eagles maximum support ahead of their all important opening cracker with Egypt on Tuesday.

NAN reports that the Super Eagles are in Group D where they open their campaign in Garoua against seven-time champions Egypt on Tuesday, and they tackle Sudan on January 15 and Guinea Bissau on January 19.