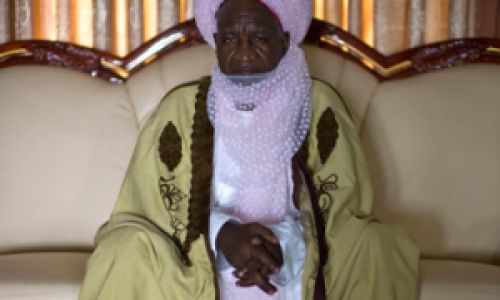 The Emir of Mubi in Adamawa State, Alhaji Abubakar Isa, has debunked media reports that he fled his palace in Mubi as a result of threat of attack by Boko Haram insurgents.
The spokesman of the Emir and the Danruwata Mubi, Chief John Elias, made the statement on Wednesday in Yola, the Adamawa State capital, during a press briefing.
Elias said that the emir, who is the state’s Amirul Hajj, left Mubi on Sunday for Yola to attend a meeting to prepare for the 2014 Muslim pilgrimage to Mecca.
He said: “We are dismayed by media reports regarding the emir’s departure from Mubi for Yola on September 7, 2014.
“Let me put the record straight here: the Emir did not leave Mubi for Yola to escape from the insurgents.
“He left Mubi to attend a meeting with members of the committee for the 2014 pilgrimage to the Holy land.”
Elias said the Boko Haram insurgents did not attack Mubi as the reports claimed, adding that those who fled the town did so as a result of fear of attack.
Meanwhile, the senator representing Adamawa North Senatorial District, Alhaji Bindow Jibrilla, has expressed sympathy with the people of the state over the recent insurgent attack on Michika and Madagali.