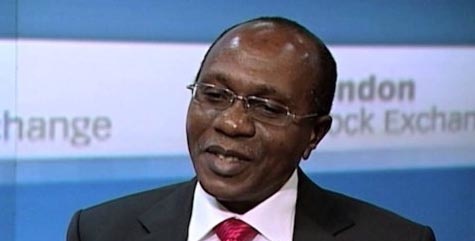 The Governor of the Central Bank of Nigeria, Godwin Emefiele, has been conferred with the 2017 Forbes Best of Africa Innovative Banking Award by Forbes Magazine.
Presenting the award to Emefiele at a dinner held at the Willard Intercontinental, Washington on the sidelines of the Annual Meetings of the World Bank and the International Monetary Fund on Thursday, the President of Forbes Customs Emerging Markets, Mark Furlong, said the award was in recognition of Emefiele’s courage and determination in using monetary policy to ensure financial stability in Nigeria.
According to Furlong, the CBN under Emefiele had also shown transparency, which had helped to stabilise the economy and had made huge interventions in the real sector of the economy.
He particularly cited the Anchor Borrowers’ Programme of the Bank as a major boost to the development of the agricultural sector in Nigeria.
Before receiving the award, the CBN Governor highlighted efforts made by the Bank, under his leadership, since 2014, to stabilize the financial system and maintain the international value of the naira.
Attributing the award to the collective efforts of the management and staff of the CBN, the cooperation of the Nigerian Federal Government and the people of Nigeria who stood by the Bank, he said the CBN had to take inflation head-on in order to check the negative effects of several global shocks that had hit Nigeria between 2014 and 2016.
He said the monetary authorities were glad that its policies had contributed in forcing inflation down from its previous heights of 18 per cent to 16 per cent, even as he expressed optimism that the rate of inflation would be further lowered with other policies in place.
On the decision of the CBN to restrict access to foreign exchange from the Nigerian foreign exchange market to some 41 items, Emefiele stated that the CBN had to take bold decisions in order to stop a further plummeting of Nigeria’s foreign reserves due to huge import bills among other things.
Citing some success stories, the CBN Governor said the decision had yielded positive results, particularly with the Anchor Borrowers’ Programme of the Bank, which had increased the yields of farmers, created wealth and provided jobs for thousands of Nigerians.
He further disclosed that President Muhammadu Buhari had urged the Federal Ministries of Agriculture and Rural Development and Employment, Labour and Productivity, as well as other stakeholders including State Governors to strategise to create more jobs through agriculture. According to him, countries that had made huge economic progress had done so through agriculture.
Speaking on the management of the country’s foreign exchange, Emefiele recalled the adjustments made to the naira, noting that the creation of several windows in the inter-bank foreign exchange market, particularly the investors’ window, had triggered excitement in the foreign investor community and led to capital inflow of about $10 billion into Nigeria between May and October 2017.
While thanking the foreign investors for showing confidence in the Nigerian economy, he invited the larger foreign investor community to invest in Nigeria, stressing that the Nigerian market remained the largest in Africa.
“Nigeria has a lot of potentials. The environment is good; the climate is good. Nigerians are hospitable and good people. Nigeria is good for business,” Emefiele noted.
Present at the event were the Acting Nigerian Ambassador to the United States of America, Ambassador Hassan Hassan; the Deputy Governor, Economic Policy, CBN, Dr. Okwu Nnanna; the President and CEO of Corporate Council on Africa, Florie Liser; former Ambassador of the US to Nigeria, Ambassador Robin Sanders; Chief Economic Adviser to the President, Dr. Oluyemi Dipeolu; Director General, Debt Management Office, Patience Oniha; CEOs of some Nigerian Deposit Money Banks; Chief Executives of the West African Monetary Institute; the West African Institute for Financial and Economic Management; Asset Management Corporation of Nigeria; and members of the foreign investment community.