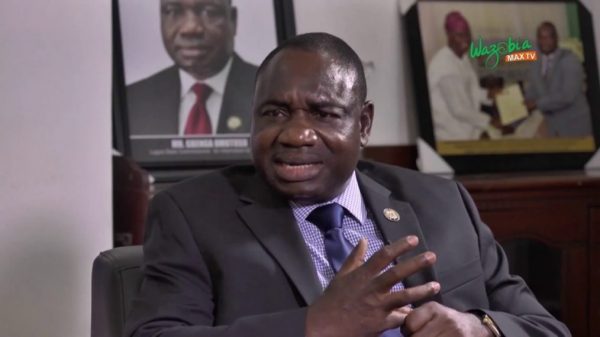 Gbenga Omotosho, Lagos State Commissioner for Information and Strategy, has urged the media to leverage Development Journalism in order to develop the Nation.

Omotosho, who was the Guest Lecturer at the 2020 Press Week of the Oyo State Council of the Nigeria Union of Journalists on Saturday, at NUJ press Centre, Iyaganku, Ibadan, spoke on the theme: “Journalists and the development of underdevelopment in Nigeria.”

Represented by Olajide Atosoye, Director, Social media, Ministry of Information and Strategy, Omotosho said: “The way out of the quagmire is for Journalists to embrace development Journalism, though, universally the work of journalism may not be new, it’s a novelty in the Nigerian setting.

“Since we are here to embrace its potentials, the relevance of the media as a critical interface between the Government and the people in democracy is missing, because media reports are mostly unipolar, from the Government to the people without a feedback.”

He said since the press is an instrument of social justice and a tool to achieve beneficial social changes, it should carry out a positive development tasks in line with nationally established policy.

Omotosho lamented the absence of reports of research breakthroughs in Nigerian Universities, medical feat by Doctors on the front pages of Nigerian newspapers, as Journalism is progressively in decline due to some challenges associated with its practice.

“Sadly this has heightened the culture of corruption, embezzlement and nepotism in the country, which are a precursor to underdevelopment,” he said.

Dr. Isiaka Kolawole, Deputy Executive Secretary (Services) UBEC, who was the Chairman of the occasion, urged Journalists to approach their job with intent to propel vibrant institutional changes that would promote socio-economic reforms.

Kolawole said Journalists should lead the process of development communication, which for all purposes is aimed at innovating a development plan that suits the peculiarities and specific yearnings of the Society.

Earlier, the Oyo NUJ Chairman, Demola Babalola, in his address of welcome, appealed to people to support the Union.

Among the dignitaries that graced the occasion were Eng. Joseph Tegbe and Prof. Adeniyi Olowofela, member, Federal Character Commission, Abuja.