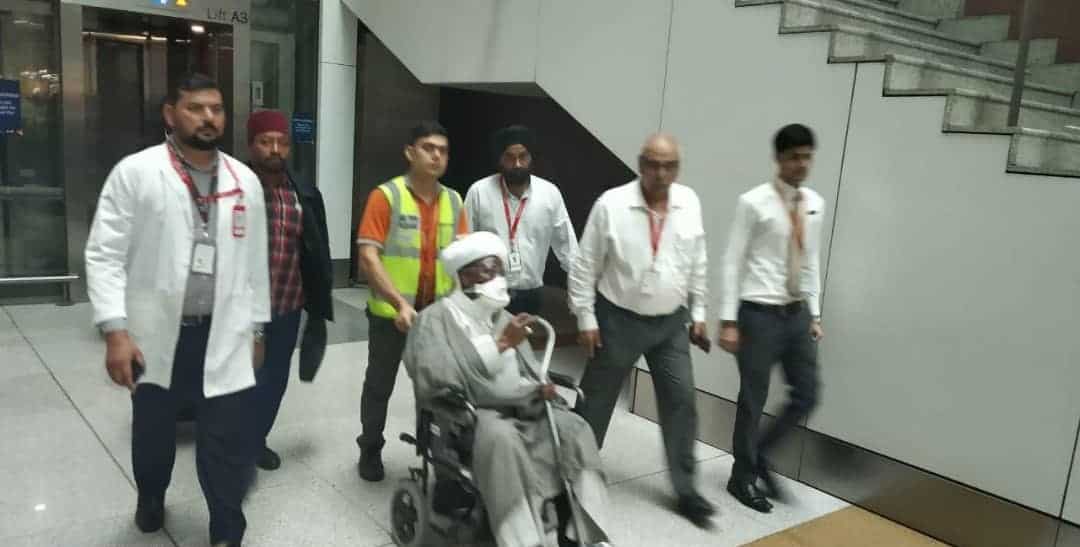 Facts have just emerged that the Leader of the Islamic Movement of Nigeria, Sheikh Ibrahim El-Zakzaky, has refused treatment from “unknown” Doctors put in place to treat him in India aside those billed and booked to treat him before his departure from Nigeria.
A member of the Islamic Human Rights Commission, who spoke to PRNigeria via an audio tape, said the attitude of the Indian Government has portrayed El-Zakzaky as a common criminal when no court in Nigeria has convicted him.
The source said the Indian Government has given El-Zakzaky ultimatum to leave India if he refuses to receive treatment from unknown doctors billed to treat him.
The source said: “I just received a very worrying news from the Indian Government that ultimatum has been given to the Leader of the Islamic Movement of Nigeria to leave India if he does not agree to the Doctors specified to treat him.
“From the way that he is being treated, it is extremely bad.
“Under the current situation, it seems he has no choice other than to go back to Nigeria.
“He has been given some hours to respond to their ultimatum.
“This is to me is totally, utterly unacceptable by any standard, either international standards or Indian standards or that of humanity.
“This is a man that has not been found guilty of anything to the extent that in his own country, the highest court has granted him permission that he should be treated.
“The Indian Government by their behaviour depicts Sheikh El-Zakzaky as a common criminal.
“This is really outrageous and those who stand for justice should please respond.”