The Old Government House and the New Government House in Ado Ekiti, Ekiti State were behave of activities on Friday as some voters trooped out to collect cash to secure their votes for the ongoing election in Ekiti State for the Peoples Democratic Party.
The PDP, according to information available to The Eagle Online and a secret video by the British Broadcasting Corporation, doled out between N4,000 and N5,000 to woo voters.
So also did the State Governor, Ayodele Fayose, announce in a video that circulated on the social media that he had made available fuel for commercial motorcyclists, popularly known as okada riders, at two filling stations of the Nigerian National Petroleum Corporation.
Fayose urged the okada riders not to go to a filling station he did not mention, where he alleged the All Progressives Congress was also giving out free fuel.
At the Government House in Okesa area of Ado Ekiti, voters were given between N4,000 and N5,000 upon the presentation of their Permanent Voter Cards.
Some of them were overheard on the secret video by the BBC making telephone calls to others to hurry up for the largesse.
An old woman, who confirmed she had collected the money, said it was given to her by the PDP.
When asked by the undercover reporter who she will vote for, she said it could be anyone but was heard chanting the name of the candidate of the APC for the election, Dr. Kayode Fayemi, as she walked away from the camera.
The PDP candidate for the election is Prof. Kolapo Olusola.
A report by the Vanguard on Saturday said: “The PDP was dispensing its cash to voters from the Government House, Ado Ekiti while the APC set up its own money base in a plush hotel along University Road (name withheld) from where party agents collected money for onward distribution to sub-distribution centres across the state.
“The governor of a nearby APC controlled state has been encamped in the hotel in the last few days Saturday Vanguard gathered.
“At the Government House, voters excluding civil servants and pensioners were collecting cash ranging from N4,000 to N5,000 after proving their identities with their Permanent Voters Cards, PVCs which will be used for the Ekiti election.
“A voter in Ward 11, Ado Local government Area who spoke but pleaded for anonymity, confirmed he had received what he called his ‘election money’ for the Ekiti election.
His words: “As you can see me here, we were called to come with our voters card to collect money in the Government House. You will show them your voters card and you will be given 4k or 5k, it depends.”
There was no available reason for the variation in the sums being given.
Civil servants and pensioners it was gathered were also getting their own money through the banks with some confirming receiving alerts.
A civil servant who spoke said she received the credit alert last night on her mobile phone.
“Yes, I saw the alert last night and even some of my colleagues have called me that they too saw the alert. Very sad that we are yet to receive our salary but government can give money for the Ekiti election.”
A pensioner, who did not want his name mentioned said his wife in the United Kingdom (UK) called him to confirm that he received the credit alert.
His words: “What I think the government did was to get the data of all pensioners in Ekiti and send them money because my wife called me from UK to say that she received credit alert of N7,000.
“This morning, I got my alert too of the election money for the Ekiti election.”
The APC on its part was also distributing cash through authorised agents who visited the hotel to collect to distribute to voters at different centres across the state.
Trusted party leaders were being used by the APC for their own venture.
A voter in the state confirmed being invited to receive his own money in the house of a former ranking official of the state government yesterday evening.
Besides cash, the APC was also distributing rice to voters according to polling units Saturday Vanguard gathered last night.
Yesterday’s dispense of cash was totally different from past experiences of politicians trading cash for votes after voters would have shown evidence of having voted in favour of the party.
It could not be confirmed last night if the parties still intend to give out cash today after the voting.
Meanwhile, the Governor of Akwa Ibom State, Mr. Udom Emmanuel, and Governor Yahaya Bello of Kogi State were last night believed to be embedded in the state to give support to their respective parties.”
Meanwhile in another development, Fayose prayed for Olusola at the Government House for success in the election. 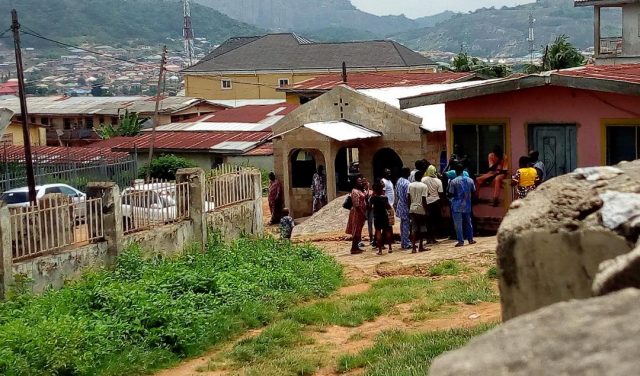 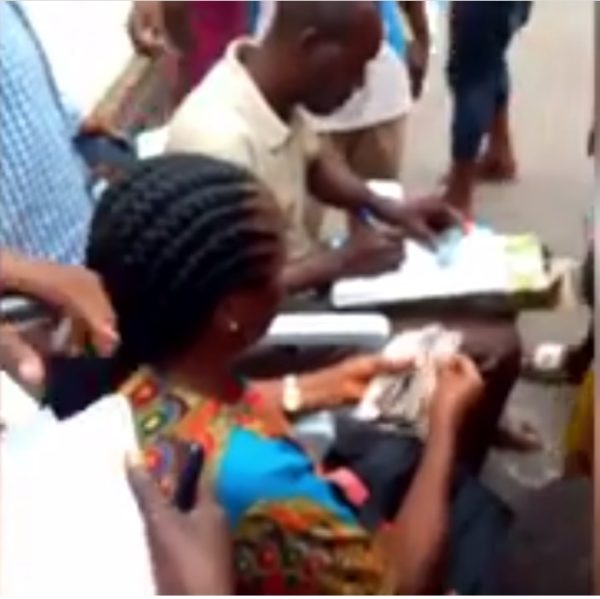