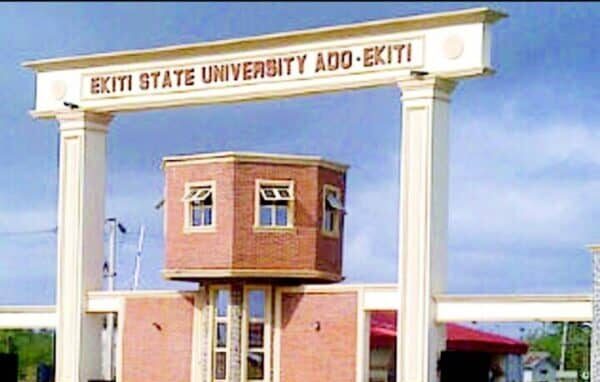 The Governing Council of Ekiti State University has considered the report of the staff audit carried out by a firm of external auditors commissioned to undertake a general auditing of staff in the university.
This was sequel to the findings in the Report of the Visitation Panel as accepted by the Government White Paper to the university, which noted among other things that there was over staffing, redundancy and personnel misalignment in virtually all the sections of the university and which astronomically increased the wage bill of the University beyond its capacity to pay.
In a release by the University’s Public Relations Officer, Bode Olofinmuagun, the Governing Council noted the findings contained in the Report of the External Staff Auditors that:
(1) over 600 workers were employed irregularly against university regulations within the period 2016-2018, thereby causing a major personnel disalignment and skyrocketing of the university wage bill by about 100 per cent within two years. The situation was so bad in the university that it was the monthly contributions of members of staff who belong to some Cooperative, Thrift and Credit Societies in the University that were partly and on a monthly basis used by the then university administration to pay the salaries of those that were irregularly employed and who interestingly refused to join any of the Cooperative, Thrifts and Credit Societies.
(2) 228 members of staff could not produce/show evidence of Primary School Leaving Certificate.
(3) there were some ghost workers whose names were found on the university pay roll without being on the university nominal role.
(4) some members of staff presented falsified birth and educational certificates.
(5) some of the members of staff lacked the required basic educational qualification.
(6) some members of staff were illegally retained in the university services after having been due to retire.
(7) there are other cases of over aged staff.
(8) some others lacked the required basic educational qualification.
Olofinmuagun added in a statement on Thursday: “Consequently after due consideration of the issues involved and the overall best interest of the university in being properly positioned for local relevance and global competitiveness, the Governing Council of Ekiti State University has directed that those who were found to have fallen into the categories listed in 1-8 above be disengaged of their appointments forthwith in accordance with the university regulations.”