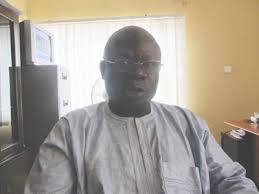 The Transition Monitoring Group, an NGO, on Monday said that the just-concluded governorship election in Ekiti State had raised the bar for Osun State and 2015 general elections in the country.
The National Chairman of the TMG, Alhaji Ibrahim Zikirullahi, said this in Abuja while addressing newsmen on the outcome of the Ekiti State gubernatorial election.
Zikirullahi observed that there was a significant logistic improvement over the last Anambra State gubernatorial election, adding that the official result announced by the Independent National Electoral Commission accurately reflected the ballots.
He said: “INEC logistic shows improvement when compared with the Anambra, Kebbi, Sokoto, Cross River and Bayelsa governorship elections.
“Unlike for the last Anambra gubernatorial election, the Ekiti election was generally conducted properly, with most polling units opening on time and polling officials following the prescribed procedure.
“Voters and contestants can have confidence that the INEC result is a true reflection of the will of the voters of Ekiti State.”
Zikirullahi that 97 per cent of all polling agents present at the polling units agreed with the official results of the polling units as announced by the polling officials.
Commenting on the level of turnout of the electorate during the election, Zikirullahi said it was similar to the 2011 general election, which was over 53 per cent.
He commended the spirit of sportsmanship demonstrated by the contestants on the losing side in the election.
According to him, this is the spirit of electoral competition that will take Nigeria to where election will no longer be a do-or-die affair.
He, however, called on Ekiti State people to remain calm and show political maturity, adding that any candidate that wished to challenge the election outcome should follow due process.
The TMG is an election monitoring group comprising over 400 civil society organisations, which has been observing elections since 1999.
TMG deployed 325 observers to monitor the just concluded Ekiti State gubernatorial election, out of which 25 were mobile supervisors, with 300 assigned to specific polling units.