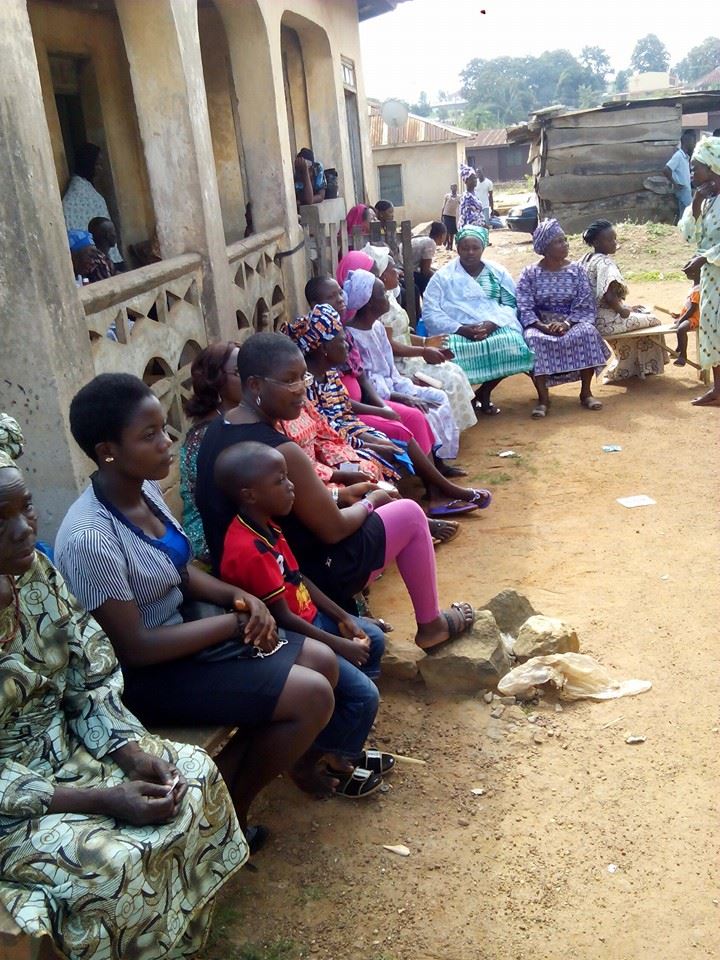 Beginning from June 18, 2014, the Nigerian Civil Society Situation Room (Situation Room) comprising more than 60 civic organisations observed the electioneering developments in Ekiti State, including the governorship election held on June 21, 2014.
During, the June 21st governorship election, findings from observers deployed across the 16 local government areas (LGAs) of the state showed a marked improvement by INEC in management of the electoral processes and the outcomes of the poll, this represented a significant shift away from the irregularities and logistical failings that have consistently characterised previous elections.
Timely arrival and early start of accreditation of voters was observed in more than 90% of polling units across the state. Despite irregularities in a few places, voting and counting processes were in the main, transparent and fair. The improved logistics ensured that the trained ad-hoc personnel were stationed in place to guarantee that most polling units were open at the proper commencement time of 8.00am. This had the positive consequential effect of ensuring that actual voting also started promptly at noon for most of the polling stations visited.
Situation Room expresses concern at the poor welfare arrangements made for security personnel involved with the elections and calls for an institutional change of attitude and action in catering for the welfare of our dedicated law officers.
The Situation Room however expresses some concern with the considerable large contingent of multi-agency security agencies, led by the 12,000 policemen deployed; and coordination between the security agencies involved with the election. Even so there were reports of some polling stations not having the required security presence, raising some questions about the deployment plans of such a large contingent. It was widely observed that the elections were conducted in an atmosphere of relative calm and peace, with very few incidences of the breach of the peace. It was noted that security forces, especially the police conducted themselves responsibly and professionally, enhancing the integrity of the electoral environment.
The Situation Room urges the Independent National Electoral Commission to effectively address reported incidents of disenfranchisement of voters in a number of polling units in Ekiti-West and Irepodun-Ifelodun LGA. In these locations, some voters with valid permanent voter’s cards, and whose names were listed in the PVC Distribution List were missing from the electronic voters’ register and were prevented from voting.
These minor incidents fall within a marginal percentage of error and in no way affect the overall quality of the elections, which can be regarded as a credible process, markedly, an improvement on the conduct of the recent Anambra State governorship elections.
The Situation Room also wishes to acknowledge the patience and restraint of the people of Ekiti State whose collective commitment to democratic principles ensured that this election was conducted in an orderly and peaceful manner.
This statement is issued by the under listed partner organisations of the Nigeria Civil Society Situation Room:
1). Policy and Legal Advocacy Centre, Abuja
2) WANGONET, Lagos
3). Partners for Electoral Reform, Abuja
4.) Proactive Gender Initiative, Abuja
5.) Spaces for Change, Lagos
6.) Enough is Enough Nigeria, Lagos
7.) Development Dynamics, Owerri
8.) Election Monitor, Akure
9.) COHDAT, Owerri
10.) CRP, Abuja
11.) CDD, Abuja
12.) Nigerian Women Trust Fund, Abuja
13.) Reclaim Naija/Community Life Project, Lagos
14.) IHRHL, Port-Harcourt
15.) Stakeholders Democracy Network, Port-Harcourt
16.) Human Rights Monitor, Kaduna
17.) NEGYII, Kaduna
18.) CLEEN Foundation, Abuja
19.) CITAD, Kano
20.) CISLAC, Abuja
21.) NIGERIA FOR CHANGE, Abuja
22.) INTODEM, Makurdi
23.) ACEEDEV, Abuja
24.) Action Aid Nigeria, Abuja
25.) JDPC/ Caritas
26.) NISD, Ekiti.
Being the interim statement by the Nigeria Civil Society Situation Room in respect of the June 21, 2014 gubernatorial election in Ekiti State. The statement was issued on June 22, 2014.