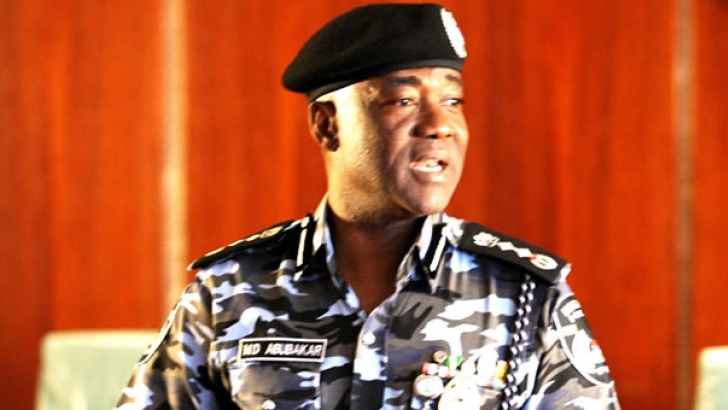 The Inspector-General of Police, Mohammed Abubakar has as assured Nigerian citizens, especially indigenes of Ekiti State, of the readiness of the Nigeria Police Force and other relevant security agencies to provide effective security and ensure a smooth and orderly conduct of the Ekiti Gubernatorial election which comes up on the 21st June, 2014.
He gave this assurance during a brief meeting with the Police Management Team on Friday, at the Force Headquarters in Abuja.
The police boss used the occasion to warn all trouble-makers and anti-social elements to stay away from Ekiti throughout the period of the election as the Police will not hesitate to arrest and prosecute any person, no matter how highly placed in society, who flouts the law or causes a breach of the peace.
To this end, the IGP has directed the Deputy Inspector-General of Police in charge of Operations, DIG Michael Zuokumor, to relocate to Ado-Ekiti, so as to ensure adequate Police presence and coordination of all security operations for the election in all polling units and collation centres in the state.
Meanwhile, the IGP who has ordered all Police officers and men assigned to election duties in Ekiti State to ensure they work in line with the Police Code of Conduct and international best practices, called on the members of the public particularly politicians, gubernatorial candidates and other relevant stakeholders in Ekiti State to cooperate with the Police and other security agencies in the onerous but patriotic task of guaranteeing a hitch-free gubernatorial poll.