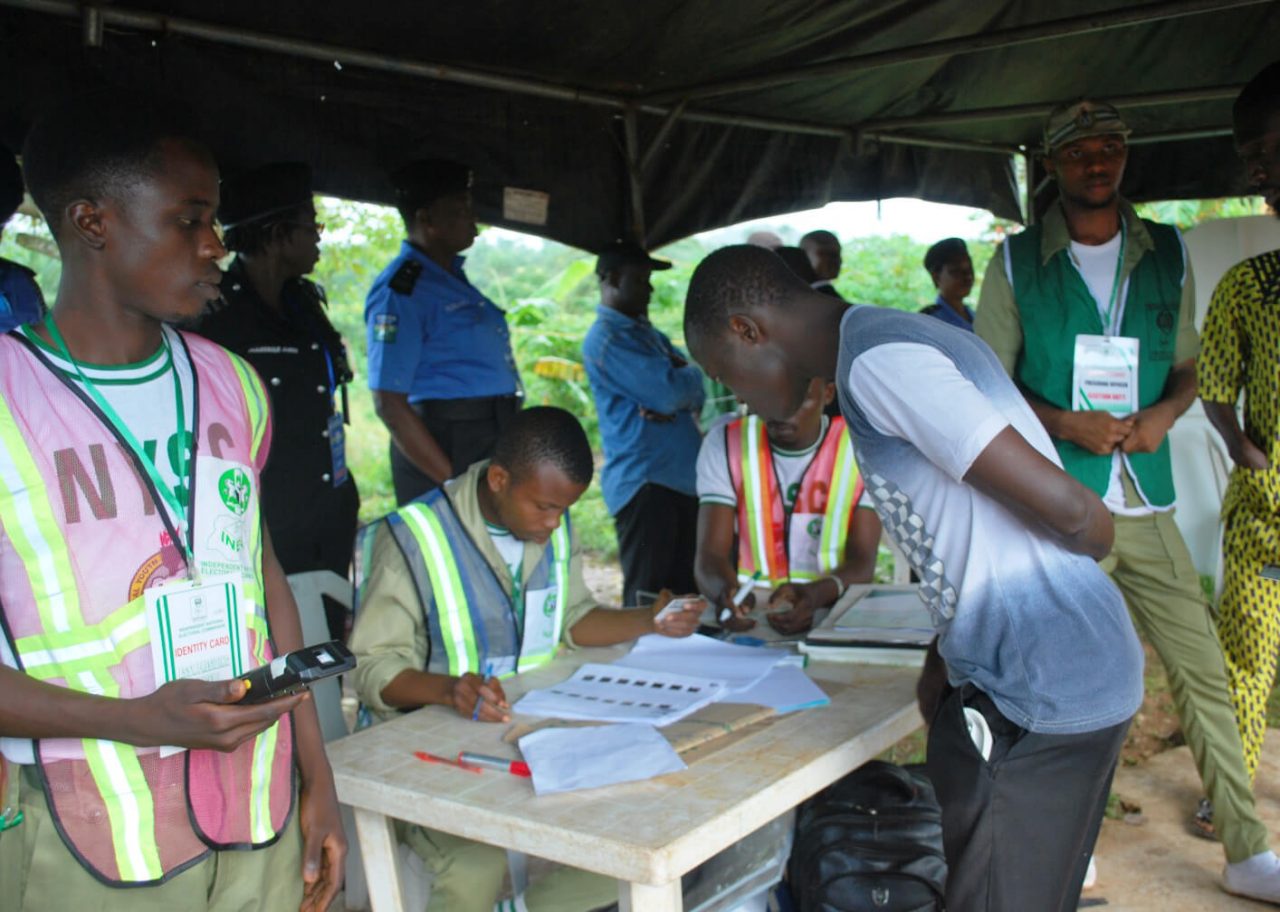 Adunmo Sunday, Deputy Director with a campaign movement team known as the JKF Campaign Organisation, on Monday told the Ekiti Governorship Election Petitions Tribunal sitting in the Federal Capital Territory High Court, Apo, Abuja, that the July 14 governorship election was free, fair and credible by all standards.
Testifying during the tribunal’s sitting, Sunday, said contrary to the allegations of general malpractices by the Peoples Democratic Party and its candidate, Prof.Olusola Kolapo, the election was devoid of rancour and violence.
Led in evidence by Prince Lateef Fagbemi SAN, counsel to Governor Kayode Fayemi, the witness specifically informed the tribunal that the officials of the Independent National Electoral Commission were not biased against any parties.
He said: “Someone will be day dreaming if they think that the election was not free, fair, credible and acceptable.
“As one of the groups who monitored the election, I did not receive any reports of violence, vote buying and any malpractice.
“All the agents of political parties that participated in the election signed the result sheet.
“It is not true that INEC favoured Fayemi in the election. The allegation of vote buying is also not true and in fact, the election is one of the best conducted by INEC.”
However, under cross examination by Chief Roland Otaru, SAN, counsel to the petitioners, the witness, admitted before the tribunal that his disposition on oath was based on reports obtained from other All Progressives Congress agents during the election.
The PDP and Prof Kolapo had filed the petition, praying the tribunal to declare them as winners of the election on the ground that they scored majority of the lawful votes.
They alleged that victory of Fayemi was as a result of vote buying, wide spread rigging, malpractices and that INEC officials favoured the governor during the election.
Justice Suleiman Belgore, adjourned sitting until Tuesday for continuation of hearing.
Meanwhile, Fayemi, who was present at proceeding, told newsmen that he was confident that the tribunal will do justice to all issues raised in the petition by petitioners.
Also, his counsel, Fagbemi expressed optimism that the tribunal will be able to complete hearing of the petition within the time allowed by law due to the steady progress being made by the tribunal and cooperation of counsel to parties.