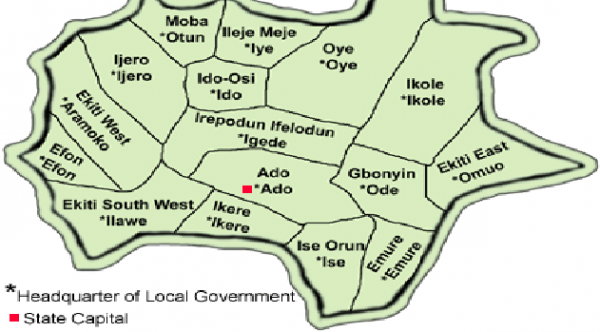 The Management of Bamidele Olumilua University of Education, Science and Technology, Ikere-Ekiti, Ekiti State has denied involvement of any student of the institution in the cult clash in the town over the weekend.

This was contained in a statement by the Public Relations Officer of the institution, Temitope Akinbisoye, on Wednesday in Ikere-Ekiti.

Akinbisoye described rumours making the rounds over the involvement of the students in the cult clash as not only malicious, but unfounded.

He said: “Management wishes to state authoritatively that no student of the institution was involved in the attack as being alleged by the dark forces of misinformation.

“The insinuation are mere figments of imagination with erroneous belief that the perpetrators of the dastardly act are students of the only tertiary Institution in Ikere-Ekiti.

“Students of this University are disciplined, responsible and law abiding.

“The institution has it on good authority that the investigations carried out by the law enforcement agents confirmed that no student of the institution is traced to the unfortunate incident.

“The authorities hereby allay the fear of the general public on the palpable apprehension as the University remains a safe haven for academic activities.”

The News Agency of Nigeria recalled that palpable fear enveloped the entire Ikere-Ekiti, headquarters of Ikere Local Government Area of Ekiti State, following a cult clash, which led to the death of six persons and arrest of more than 45 suspects as confirmed by the spokesman of the Ekiti State Police Command, DSP Sunday Abutu.

According to eyewitnesses, the incident started on Saturday night when one member of a cult group, identified as Ojuale, was shot dead near Ikere city Hall, Odo Oja area of the town.

Ojuale, NAN gathered, is an indigene of the town, who came from Port Harcourt, Rivers State on Friday to attend a wedding ceremony before he was killed by rival cult members.

Ojuale’s cult group launched a reprisal and unleashed terror by engaging in a shooting spree, forcing many residents to scamper to safety.